Diabetes mellitus has emerged as a major threat to human health. The past two decades have seen a tremendous increase in the number of people diagnosed with diabetes worldwide. Significant changes in the human environment, behavior and lifestyle have led to an escalation in the number of patients diagnosed with diabetes. Clinical data show that about 90 per cent of diagnosed diabetes cases worldwide relate to type 2 diabetes. Conventional type 2 diabetic treatments are based on the administration of insulin supplements. However, such supplements may lead to hypoglycemia, weight gain and associated ailments. Hence, recently we have successfully generated unique transformational morphologies of MgO nanoparticles with promising biophysical and performance indicators for insulin resistance reversal for complete cure of diabetes complications.

Nanomedicines are recently gaining enormous attention among scientists in biomedical and pharmaceutical applications. On the other hand, Diabetes, especially Type 2 diabetes, is a common disorder, which was currently spreading even to the kids and adults due to changing lifestyle and food habits. Type 2 diabetes is a condition, in which the secreted insulin by pancreas is unable to reach the cells due to insulin resistance. This results from insufficient insulin production by the pancreas or physiological mechanisms resulting in insulin resistance through the blockage or malfunction of insulin receptors. Both type 1 and 2 forms of diabetes are responsible for hyperglycemia, compensatory thirst, excessive production of urine, mysterious weight loss, distorted vision, increased fluid intake, variations in energy metabolism and lethargy. Clinical data show that about 90 per cent of diagnosed diabetes cases worldwide relate to type 2 diabetes. Insulin resistance may be caused due to lack of exercise that leads to fat accumulation, obesity and cardiovascular complications, apart from diabetes. Generally, insulin therapy based on the insulin supplement administration is prescribed for type 2 diabetes patients to counteract insulin resistance as it can help to control the complications. However, insulin therapy may also lead to certain negative side effects such as overweight, hypoglycemia or increased blood pressure. Thus, nanoparticles are introduced as an alternate to conventional diabetes treatments.

Nanoparticles have dimensions of less than 100 nm and have attracted significant attention due to their exclusive advantages and functionalities over their bulk counterparts. There are a large number of physical, chemical, biological, and hybrid methods that are available for synthesizing different types of nanoparticles such as nanorods, nanotubes, and nanoflowers. Nanoparticles are finding importance in biomedical and pharmaceutical applications due to their amenability to biological functionalisation, enhanced permeability and retention effects.  Nanoscience and nanotechnology offer the opportunity for new drug designs with superior cell specificity and interactive drug release dynamics to act precisely on desired targets. This permits the administration of reduced but effective doses with minimal hostile effects. Nanotechnology and nanocarriers can function to increase drug solubility, optimise drug formulations and alter pharmacokinetics in order to prolong bioavailability and drug release ability. These nanoparticle-based medicines such as carbon nanotubes, nano-pumps, quantum dots, artificial pancreas and polymeric nanoparticles, namely pluronic F-127, chitosan and polyacrylamide are under extensive research and clinical trials for the targeted and controlled delivery of insulin and to monitor glucose as sensors. The high surface to volume ratio to release the encapsulated insulin at the targeted site and the requirement of low concentration to treat diabetes are the major significance of nanomedicines. However, they also may lead to toxic adverse side effects in the patients depending on their surface charge and the synthesis approach.

Currently, nanomedicines from biological entities such as microbial metabolites and phytochemicals from plants are highly utilised for the treatment of diseases. Recently, Dr. Jaison Jeevanandam under the guidance of Dr. Stephanie Yen San Chan (Curtin University Malaysia) and Prof. Michael Danquah (University of Tennessee, Chattanooga, United States) has formulated an effective nanomedicine for type 2 diabetes treatment. The project focuses on the formulation of a potential nanomaterial to activate enzymes which are responsible in allowing insulin transportation into the cell as shown in the image below. As insulin resistance is observed in type 2 diabetic patients whose bodies are able to secrete insulin, activating the enzyme to induce reserve insulin resistance could make it possible to convert diabetic cells into normal cells. The most interesting aspect of this project is the use of plant leaves for the preparation of the enzyme-activating nanomedicine. Green spinach and red spinach that can be found locally in Sarawak, Malaysia, are used for the nanomedicine preparation.

Six MgO nanoparticles uniquely selected from the chemical and green synthesis approaches were analysed for cytotoxicity using 3T3-L1 (diabetic) and VERO (non-diabetic) cell lines via MTT assay. The results showed that hexagonal MgO nanoparticles were less toxic towards diabetic cell lines. Comparative cytotoxicity analysis between diabetic and non-diabetic cells shows that at 600 μl/ml dosage of hexagonal chemically synthesized nanoparticles and 400 μl/ml dosage of hexagonal green synthesized nanoparticle, both were less toxic. Thus, they were used for insulin resistant reversal studies. Glucose assay showed that the nanoparticles reversed ~35 per cent of insulin resistance compared to control cells, with time dependent analysis showing stability after 24 h. GLUT4 protein was identified by western blot to validate insulin resistance reversal. Fluorescent microscopy was used to investigate cellular interactions with the nanoparticles in order probe the mechanism of insulin resistance reversal ability of MgO nanoparticles. Thus, we have successfully generated unique transformational morphologies of MgO nanoparticles with promising biophysical and performance indicators for insulin resistance reversal for complete cure of diabetes complications. According to the research team, the success of the project will highly benefit the nano-pharmaceutical industry and patients with type 2 diabetes. However, more work involving further in vivo testing is essential to fully validate efficacy. Further, animal studies in future will help to enhance the ability of this nanomedicine to be a potential curative agent for type 2 diabetes patients. 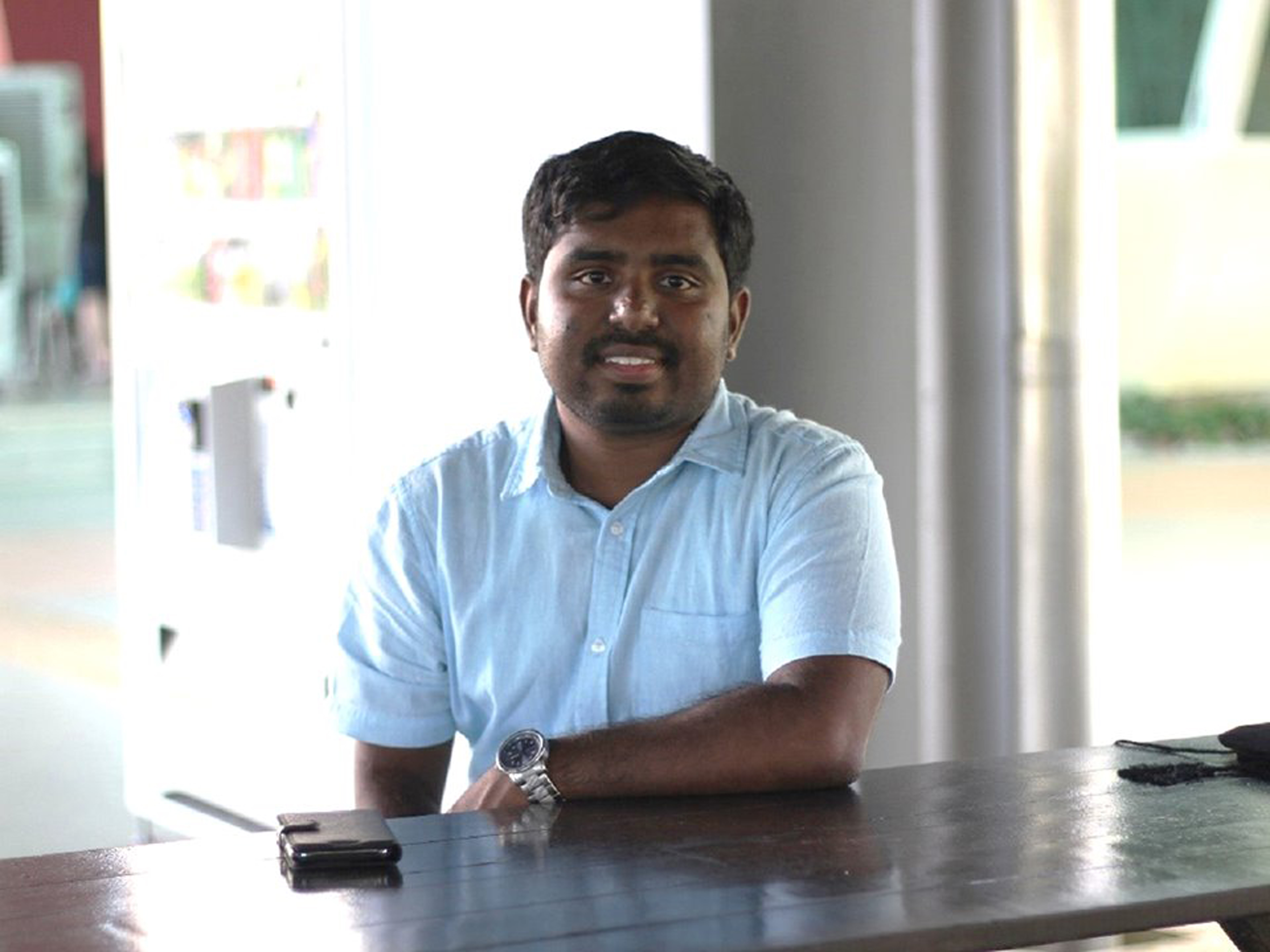 Jaison Jeevanandam obtained his Ph.D. in the Department of chemical engineering, Faculty of Engineering and Science from Curtin University, Malaysia. His Ph.D. project is about ‘Novel nanomedicine for reversing insulin resistance in Type 2 diabetes’ which involved cross-disciplinary research between physics, chemistry, biology, medicine and engineering. He has experience in nanoparticle synthesis, especially in green synthesis using plant extracts, characterisation, cytotoxic analysis of nanoparticles, and also in vitro diabetic models. His current research focuses on the application of bionanotechnology in the fabrication of nanoformulation to deliver drugs for the treatment of several diseases, especially diabetes. Till date, Jaison has authored about 15 book chapters and 22 journal articles along with some conference papers. Currently, Jaison is working as a lecturer in Academy of Competitive Examinations and Research Training (ACERT), Chennai, India.