In this 21st Century, science demands evidence as to support the hypothesis, factual finding confirmed from basic fundamental experiments, In-vitro, in-vivo and clinical trial. Homeopathic system of medicine has faced a lot of criticism, in spite of having documented evidences. Homeopathy has always survived in crucial times of evidences in various clinical and preclinical researches. This letter highlights a nutshell of events, challenges and evidences of homoeopathic medicines.

Homeopathy a controversial medical system discovered by a German physician Samuel Hahnemann (1755–1843) was first postulated  at the end of the 18th century and mentioned  in the first edition of his Organon in 1810.(1) In such anecdotal times, where theories about the deficiency, four bodily fluids, theories about “corrupted juices” were propagating, against all odds, the beginning of  pre‐scientific medical theories were booming with evidence. Homeopathy was safest to administer and sustained the practice and preaching in the community due to its easy acceptance as compared to other line of treatment which involved painful procedures. But when explored in domain of criteria of evidence based medicine, homeopathy has always being in conflicts of proving itself different from the placebo effects and providing evidence on its mechanism of action. 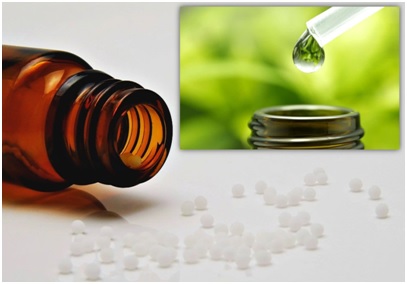 Challenges against evidences for homoeopathy:

Researchers over the globe are curious in understanding the homeopathic science because the results of so called diluted medicines are contradicting the existing available literatures of research in basic science, modern medicine and pharmacological responses which are observed in these homeopathic medicines preceding the Avogadro’s limit. Experiments of Benveniste(2) and Montagnier et al(3-4), are worth documenting the evidence, but the replications of results had challenged their hypothical theories or plausible explanations as to how are these high diluted medicines exactly showing the effects different from placebo. Another challenge persists of deciphering the principles of potentization as it contradicts the second principle of thermodynamics, law of mass action and dose‐to‐effect relationship. Principle of Similia too is a challenge in exploring the effects and justifying the evidence based on laws and principles of basic science.(1,5)

These high diluted medicines with suitable drug/toxic substance had exhibited physicochemical and biological properties; they had been explored in domain of hormesis, and also studied on gene expression. Research on water had also been explored through their exclusion zone phase and hypothesized as having a memory but for a short period. The nanoparticle-exclusion zone shells present in these homeopathic medicines might provide drug-specific information and might open up new domain of research in nanopharmacology.(29)

In this 21st century, science had dominated with its par excellence evidence as to perceive the wisdom in treating the humanity with its suffering. Complementary and Alternative medicine (CAM) has always been a challenge in justifying evidence’s as per the standard criteria. (30) Homeopathy resembling a form of CAM has the potential in bringing up new evidences and providing the safest way of treatment for patients. Appropriate trial designs and methodologies if executed with rationale approach might change the pharmaco-economic industries and healthcare delivery system.

Authors declare no conflict of Interest.

No funding source was provided for this work.

Aditya Dilipkumar Patil pursed B.H.M.S. and MD (Hom) from Bharati Vidyapeeth (Deemed to be University) Homoeopathic Medical College and Post Graduate Research Centre, Pune. He is currently working as Assistant Professor in Department of Homoeopathic Pharmacy at Dr.D.Y.Patil Homoeopathic Medical College and Research Centre, Pimpri, Pune 411018. He is a member of Chandrabhaga Charitable trust since 2017 and Life member of Moredada Charitable Trust, Nashik, Department of Herbal Medicine since 2018. He was working as Senior Research Fellow in Central Council for Research in Homoepathy (CCRH under Ministry of AYUSH). His main research work focuses on Evidenced based medicine, Diabetes, preclinical studies (In-vitro & In-vivo), nanoparticle etc.