X-rays have come a long way since Wilhelm Roentgen first discovered the bones of his hand displayed on the screen in his laboratory. An invaluable component of modern medicine, x-ray technology in its many forms has saved countless lives and improved our understanding of the human body, and it will undoubtedly continue to do so long into the future.

The practice of medicine has been around for centuries but has evolved over time, especially with the advancements in technology. Devices and machinery have revolutionized the world of medicine and will continue to do so. The practice of medicine is refined, diagnoses are more accurate, and treatments are specialized. With X-ray technologies, physicians are able to see internal organs, tissues, and muscles of the human body. As patients encounter ailments and injuries, doctors are able to have a more concrete idea of what the patient is experiencing. There are a wide range of medical matters which require utilize x-ray technology, beyond just the standard broken bone. X-ray technology is just one of the many avenues by which the mysteries of the human body can begin to be understood. 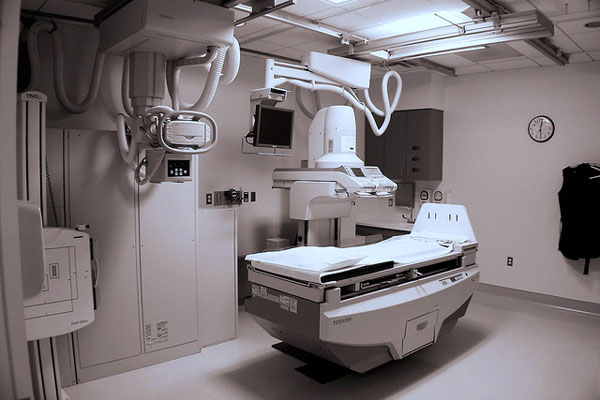 In 1895, German physicist Wilhelm Roentgen discovered x-rays purely by accident. While experimenting with cathode rays (now called electron beams), he found that a screen several meters from the cathode ray-emitting tube began to glow when the beam was turned on. He then noticed that when he placed his hand in front of the beam, the silhouette of his bones appeared on the screen. He didn’t know it at the time, but he had just stumbled upon one of the most important medical discoveries in human history.

X-rays, it turns out, are just like visible light rays, but with a higher energy level, or wavelength, which allows them to be absorbed at different rates by different objects. Objects made up of larger atoms, such as bones, absorb the rays better than objects composed of smaller atoms, such as skin tissue. Medical x-ray machines take advantage of this process by emitting x-rays in a concentrated beam through a tube. The x-ray beam then passes through the body, creating an image with a camera (using technology similar to that of a regular camera). Today’s x-rays are significantly more sophisticated than Roentgen’s. Varying the intensity of the beam can bring different parts of the body into focus; therefore x-rays are frequently used for more than just diagnosing broken bones. Modern radiologic technologists are trained in a wide array of imaging techniques, from more traditional x-rays used to find tumors or determine the location of swallowed objects, to mammography, radiation therapy, and computed tomography.

An invaluable component of modern medicine, x-ray technology in its many forms has saved countless lives and improved our understanding of the human body, and it will undoubtedly continue to do so long into the future.

The chest x-ray, also known as chest radiography, is the most frequently performed x-ray procedure. It makes images of the heart, lungs, airways, blood vessels and the bones of the spine and chest in order to diagnose conditions such as shortness of breath, persistent coughing, or a high fever. The chest x-ray is important in diagnosing and treating conditions such as pneumonia, emphysema, heart failure, and lung cancer. A typical chest x-ray typically involves taking two images of the chest—one from the front and one from the back.

Similar to the chest x-ray, the bone x-ray is a still image taken of a specific area of the skeleton, typically used to diagnose broken, dislocated, or fractured bones, or to aid in the orthopedic surgery required to treat those conditions. It can also be used to find bone cancer, arthritis, and infections.

The fluoroscope is a special x-ray machine that produces a moving image on a screen. It is often used in conjunction with contrast media to diagnose conditions of the GI tract or urinary tract. In a GI tract x-ray, the patient swallows barium, a substance that easily absorbs x-rays, and the radiologist is able to see the function of the esophagus, stomach, intestines, colon, and rectum. In a voiding cystourethrogram, the doctor uses a contrast material to view the function of the bladder and urinary tract. Fluoroscopy can also be used to perform blood flow studies and to aid in catheter insertion during angioplasty or angiography.

Also known as bone density scanning or dual-energy x-ray absorptiometry (DXA), bone densitometry is an enhanced form of x-ray technology used to measure bone loss. It is most often used to diagnose osteoporosis, a condition that most commonly affects post-menopausal women. It can also measure a patient’s risk for bone fractures. A bone density scan is most often performed on the lower spine and hips.

Fifty to sixty percent of those diagnosed with cancer receive some sort of radiation therapy. Radiation therapy takes several forms, one of which is known as external beam radiation treatment. This procedure uses a linear accelerator to deliver high-energy x-ray beams to the region of the patient’s tumor, destroying the cancer cells while simultaneously preserving and protecting the surrounding tissue. The radiation acts to destroy the cancer cells’ ability to reproduce, thereby stopping the cancer from spreading. 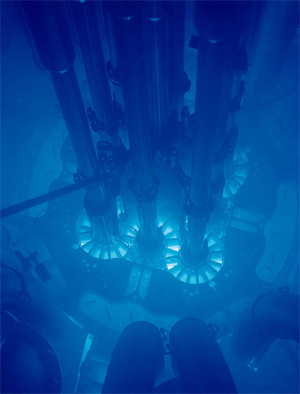 Despite the many positive uses for x-rays, the radiation exposure associated with them can have a detrimental effect on the human body if the examinations are not administered safely. When x-rays pass through the body, they can cause damage to cells and cause health issues like cancer and birth defects. When these risks were unknown, some people exposed to x-rays for long periods of time developed radiation sickness. Fortunately, today doctors use x-rays sparingly, and they are still considered much safer than invasive surgery. In order to minimize the risks associated with exposure to x-rays, the dose of radiation is tightly controlled with each procedure.

For instance, during radiation treatment for cancer, precise imaging technologies help pinpoint the exact location of the tumor so that the radiation can be delivered at a high dose to the correct location without damaging other parts of the body. Patients undergoing x-ray examinations can also wear lead vests and other barriers to block unnecessary absorption.

X-rays have come a long way since Wilhelm Roentgen first discovered the bones of his hand displayed on the screen in his laboratory. An invaluable component of modern medicine, x-ray technology in its many forms has saved countless lives and improved our understanding of the human body, and it will undoubtedly continue to do so long into the future.