Despite the advancements in tumor biology and medical research in tumor progression, there is still a potential threat prevalent in the form of various diseases in human beings. Nanotechnology, however, is in the developing stage for monitoring, diagnosis and disease progression. Nanomedicine, rigorously fighting to reverse or cure ailments at a molecular level in the vast number of growing tumor cells, yet we are far behind in mitigating such disease condition. With the growing apprehension of smart ‘Multifunctional Nano-Cargo’, continuously producing advancements in tumor therapy is likely to become an important therapeutic puppet in the concerned arena.

Although multiple therapies are used in treating cancer disease amongst affected individuals, it still continues to be progressing worldwide. Conventional chemotherapy instead of achieving a positive outcome, waiting for a longer time, it rather worsens the condition as evident from cases in the past decades.

However, multifunctional cargo is an evolving field of targeting the therapeutics in specific region in a precise manner leading to potential hopeful outcomes clinically. Moreover, nanotechnology advancements such as creation of multifunctional NPs could open up opportunities for personalised cancer diagnosis and treatment strategy by means of such nano-cargo associated with: precise detection of tumor cells employing specific biomarkers, detection of metastasized tumor cells with specific imaging technology along with functional delivery of therapeutic agents to target cells, and real-time monitoring disease progression. The tagging of imaging agents with such cargo further elaborates strategic modality in cancer therapy. The cancer prognosis triggers with erratic cell division owing to genetic alteration such as chromosomal deletion, addition, wrong base pair genetic material all contribute to the abnormal of a biological system. The brief review provides insight of the role of multifunctional nano-cargo cancer diagnosis, treatment, and various therapeutic approaches for recent therapy in cancer progression. There are several nanomedicines formulated, depending on multifunctional nanocarrier based system that offers functional delivery of therapeutics at a low dose which include Doxil, Myocet, Abraxane etc. The multifunctional nano-cargo also provides the concomitant delivery of multiple therapeutic agents for effective combinatorial therapeutic regimens against tumor.

Several factors come to play a significant role throughout multifunctional NP delivery, such as the localisation of tumor in the body, the inability of nanocarrier to reach out the cancer cells, and the risk of damaging normal cells besides physicochemical properties of in-built nano-cargo. Apart from these, multifunctional particle provides more pronounced pharmacokinetic characteristics such as reduced dose, dose-related toxicity, smooth drug plasma concentration, and enhance the therapeutic markers.

The sum of this helps in commercialisation of multifunctional nano-cargo as therapeutic delivery in cancer treatment and the number of such products rising in the market considerably with clinical development.

Basically, Nano Cargo is a carrier which mediates delivery of therapeutics from the site of application to the disease organ/tissues/cells or target area. It carries drug molecules, chemotherapeutics, antibodies, aptamer, DNA, m-RNA, protein, peptides and vaccines etc. The carrier particle may be ofpolymeric NPs  (PLA microparticle, PLGA NP, chitosan, NPs), lipidic (liposomes, ethosomes, phytosomes, transferosomes, solid lipid NP, nanostructured lipid carrier), inorganic  (gold NP, silver NP, cadmium NP, mesoporous silica NPs, nanocrystals, and image guided NPs etc.) The fabrication of the carrier proceeds with a normal preparation of carrier system as per the given techniques followed by the incorporation of therapeutics in the core. Now, the next step involves the activation of carrier surface for conjugation of functional moiety followed by liaising the active ligands, antibody, aptamer etc. for functional delivery to tumor cells

Polymeric Nanoparticles: A biodegradable particle of a nanometer in size could accommodate bioactive agents or therapeutics inside polymeric matrixes or membrane of the particle. Furthermore, it could be distinguished into nanosphere (drug entrapped within polymeric matrix) or nanocapsule (therapeutics entrapped in polymeric membrane). Physico-chemical parameter of NPs such as size, shape, density, surface modification greatly influences the delivery to target site. Polymeric NPs offers multiple delivery benefits as simulation with normal body cells, reduced toxicity, long circulation time owing to stealth nature, enhance the permeation and retention effect, high degree of uptake by cell organelle, biocompatibility, biostability, high encapsulation and uniform distribution to organs, and controlled therapeutic output in due course of time. For example, aptamer conjugated NPs for targeting to over-expressed receptor in breast cancer.

Inorganic Nanoparticles: The silica-based NPs are a promising approach and have been widely explored in drug delivery of chemotherapeutic agents. The silica (mesoporous) available in different grade and their size, pores, the surface can easily be tuned as per the drug delivery requirement. Additionally, It has several silanol groups for surface modification with active ligands for site-specific delivery. The mesoporous NPs of cisplatin highly absorbed intracellularly in tumor cell at endosomal pH as evidently as apparently indicated in the literature. Moreover, the gene delivery expression was enhanced by 750 percent due to the large accessibility of coupled complex at the cell surface.

Liposomes: It is a bilayer vesicular system that surrounds the aqueous phase. It can load both lipophilic and hydrophilic drugs in the lipid bilayer due to amphiphilic characteristics. The stealth liposome can be used for prolongation of biological half-lives of therapeutics due to PEGylation approach. Gosk et al. conducted in vivo targeting tumor vasculature with immunoliposomes directed against VCAM-1, a surface receptor over-expressed on tumor vessels and was analyzed in mice bearing human Colo 677 tumor xenograft.

Quantum dot: Recently a hybrid quantum dots of cadmium selenium with snake venom toxin has been developed that fluoresces and could easily find the target boundaries and selective killing of cancer cells takes place. It is a good biomarker for cancer therapy. Strategically, the toxin from snake venom conjugated with the certain part of cancer cells and quantum dot emits light upon excitation.

Image-guided NP: The image-guided NPs has been the recent attraction that can be delivered through non-invasive imaging guiding phenomena and remain an interventional oncology technique. The preclinical results gave several nanomaterials with promising fate for diagnosis and therapy in cancer. However, the payload of iron, silica, gold, silver metal in such nanomaterials are not much reported yet for a potential clinical application. The NPs of iron oxide is implemented in cellular hyperthermia and imaging contrast. The superparamagnetic characteristics of iron oxide particles can be readily tailored for shape and size and structure.

For example, iron oxide NPs with a specialised coating of carboxymethyldextran NPs have been approved for iron supplements in drugs and are now being tested for MR contrast agents in clinics. The hyper-branched structure of gold NPs provides a large surface area for active sites generously employed in local ablation therapy.

The lipid carrier such as nanostructured lipid carriers (NLC), Transferrin (Tf)-decorated multifunctional NLC was developed for co-delivery of paclitaxel and enhanced gene delivery to tumor cells.

Nanographene: Graphene oxide conjugates with hyluronic acid as effective photothermal excision therapy via transdermal delivery to melanoma skin cancer. Moreover, the silicon nano-wire of doecetaxel credited to Peng and associates which enable to perform superior nano-vector for the targeted drug delivery of an anticancer drug.

The nano-cantilevers design based on semi-conductor lithographic technique. The cantilevers can be surfaced with biomolecules that have the capacity to bind with a specific substrate such as cDNA to a specific gene sequence. The micron size device could enable to detect single DNA or protein molecule. Rationally, antibodies conjugated to the palm of cantilever so that it can decorate more specific molecular expression from cancer cells. This device is highly facilitative in rapid and sensitive means of cancer detection.

Nanotechnology brings novel strategic therapeutic modality especially by designing functionalised nanocarrier in site-specific or cellular targeting of bioactives. This therapy brings hope to cancer patients from  such an invasive disease. The conventional chemotherapy leads to the death of normal cells and patients no longer alive suffering from cancer. The selective apoptosis of cancer cells leaving behind healthy cells intact is a part of the strategic approach in active targeting. 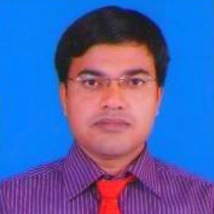 Md. Habban Akhter has graduated in Pharmacy in 2007 from Jamia Hamdard, New Delhi and received master in pharmacy in Pharmaceutics from Jamia Hamdard, New Delhi in 2009 under the supervision of Javed Ali, Associate Professor at Jamia Hamdard. He had completed doctoral program in Pharmaceutical Sciences in 2016. He had qualified GATE exam conducted by Indian Institute of Technology (IIT), Kanpur, Govt. of India, with percentile of 98.04 in 2007. He has attained and presented several papers in national and international conferences/seminars/symposia. Currently, working as Assistant Professor in DIT University, Dehradun, India.