At present liquid waste management is one of the major challenges for many industries throughout the globe because of the production of large amount of waste per day. Most of the industries do not use proper waste management system because of the high energy cost which reduces their net benefits. Out of many liquid wastes, one of the major liquid waste is waste chemicals from pharmaceutical industries. Efficient, economic, and environment-friendly degradation of waste chemicals may be one of the approaches to reduce the release of toxic chemicals to the environment. Now if we can harness the energy from the sunlight which is freely available to us then most of the problem related to energy cost will be resolved. In this article we have discussed the wonder of nanomaterials which can make this possible thus shows a green future of waste management.

For the last few decades, the earth is suffering from many environmental problems like global warming, water pollution and water scarcity, waste disposal and land degradation and management etc. Out of these problems, recently, waste management is one of the biggest challenges to the scientist worldwide because most of the industries produces and releases large amount of solid waste as well as liquid waste every day.  According to the Press Information Bureau, India; almost 62 million tons of waste is produced in India per year out of which almost 50 per cent is organic waste and most of it is exposed to the environment directly and proper disposal of this large amount of waste is a real challenge to the industries. Solid wastes are generally recycled in several steps or burned to produce energy through a process known as incineration. When it comes to liquid waste, it is even more difficult to dispose or destroy them because most of the time liquid wastes comes with a mixture of several chemicals and most of them are soluble in water which causes huge water pollution both in surface water and in ground water. As the population increasing day by day, the demand for food, medicine, pesticide, fertilizers, clothes, paints, paper, dye, solvents and many more household materials are also increasing and so as the number of industries. There are a number of industries e.g. pharmaceutical industry, dye industry, pesticides industry, paper industry, pulpwood industry, chemical industry which produce lots of liquid waste. The proper disposal of these wastes is required for the reduction of many environmental problems like water pollution, soil pollution, ground water contamination, landfill etc. Pharmaceutical industries release many toxic chemicals e.g. drug molecules, which are highly dangerous to our health even if their concentration is very low [e.g. parts per million (ppm) or parts per billion (ppb) level] in the environment. So, the destruction of these toxic chemicals is utmost important to reduce its bad effects on environment. The conventional way to degrade these chemicals suffer from many disadvantages like huge amount of energy requirement, inefficiency etc. So, it is really important to develop an industry efficient and energy saving methodology to degrade these toxic chemicals. Out of several methods developed over the last few years for the degradation of toxic organic chemicals, photocatalytic degradation using nanoparticles due to its several advantages like energy saving, no pollution, more efficiency, remains one of the favorite techniques to the scientists. [1-2]

Photocatalytic degradation is a technique which use ultraviolet or visible light as a source of energy to carry out the reactions and it has been already applied in various field of sciences including the destruction or transformation of the toxic chemicals to non-hazardous chemicals. A number of nanomaterials are developed in the last few years e.g. copper, gold, silver, titanium dioxide, zinc oxide, bismuth oxide etc. for the photocatalysis. All these nanomaterials have one common property i.e. light absorption property which is the prime requirement for the photocatalytic activities of these materials which finally causes degradation of the organic pollutants. Due to easy and free of cost availability of the sunlight, environmental friendly nature, visible light triggered photocatalysis is always the ultimate choice of the scientist because it almost nullifies the energy cost which again benefits the industries and saves lots of money as well as indirectly save non-renewable energy resources like coal, petroleum, natural gas etc. The basic mechanism behind the visible light induced photocatalytic degradation of organic molecules is electron-hole pair generation within the nanoparticles. As soon as the energy of the incident light crosses the band gap of the nanoparticle’s, electrons are ejected and move to the conductance band keeping hole in the valance band, creating electron hole pair. Now, because of the availability of huge surface area due to the nanosized of the materials, the electrons can easily move to the surface of the nanoparticles and performs various redox processes which is the basis for degradation or transformation of the chemicals. The easy availability of surface electrons in the nanoparticles result the creation of many reactive oxygen species (RES) e.g. hydroxide radical, peroxide radical, ozone etc. which destroy the chemicals through several intermediate chemical reactions. [3-4]

For the last few decades TiO2 has been considered as one of the most useful photocatalyst because of its wide availability, strong oxidisable properties, chemical stability and non-toxic nature, easy synthesis and characterisation. But because of its wide band gap, alternatives are required for effective photocatalysis under visible light or sunlight. Many modifications have been made to the TiO2 nanoparticles for tuning its band gap but now a days, rather than TiO2 modifications, many efforts were made to synthesize other novel efficient photocatalysts because TiO2 having large band gap works effectively under Ultra-violet radiations and that reduces its photoactivity under visible light irradiation. Thus, it is very important to develop tunable visible-light responsive photocatalysts with high efficiency and reproducibility. Out of many metal oxide nanoparticles, due to the easy synthesis, easily available chemicals, low cost and robustness, bismuth oxide and bismuth oxychloride nanoparticles have drawn attention as a good photocatalytic nanomaterial for the degradation of many toxic organic chemicals throughout the globe in the last few years. Due to these reasons, materials like BiOX (X= F, Cl, Br and I) oxyhalides have been considered because of its easy synthesis, tunable size, shape, morphology, less band gap which can work under visible radiations. The BiOCl possess an outstanding photocatalytic performance for degradation of dyes under UV irradiation. Bismuth oxychloride (BiOCl) possesses an open layered structure in which [Bi2O2]2+ layer is sandwiched by two [Cl2]2− layers in the crystal. Because of its tunable nature, one can easily vary the morphology and band gap as per their requirement and it is possible to conduct photocatalysis under sunlight. Bismuth oxychloride (BiOCl) were already reported to degrade many organic dyes and it exhibits an outstanding optical, electrical properties and non-toxicity. The processes of removing effluents by heterogeneous photocatalysts under visible radiations are of low cost, clean and have biological photostability. The bulk BiOCl under visible light radiations doesn’t degrade effluents, organic dye effectively because of its large band gap. Recent studies reveal that nano-forms of BiOCl like (fibre, flower, film, sheet and composite) is an effective method to degrade an organic-dyes under visible like radiations. In present work, we introduced BiOCl nanoflower and nanodisk that have less band gap and these nanoforms degraded effectively effluents and organic dyes under visible light as well as in sunlight radiations. Another reason of choosing bismuth Oxychloride NP as the photocatalyst was that it has a band gap of around 3.34-3.46 eV which is also close to the energy available with the sunlight thus it is quite possible that it can degrade the dyes in presence of sunlight. [5-6]

Out of many liquid wastes, toxic chemical wastes which comes from many pharmaceutical industries constitutes a major portion of it and is a major source of water pollution because of their easy solubility in water. To show the potential of the developed photocatalyst we choose methylene blue as a model dye because it is one of the dyes which has resemblance with a number of waste chemicals generated from many industries. So, it is quite possible that a catalyst which can degrade the methylene blue may be able to degrade other similar chemicals. We report visible light assisted degradation of methylene blue using bismuth oxychloride nanoparticles. Two types of nanoparticles, nanodisk and nanoflower were prepared to show the effect of morphology on the dye degradation and used sunlight as a visible light source. Both the nanoparticles were prepared using an easy method reported earlier. We used different dye concentration ranging from 3 ppm to 20 ppm. The study shows that 100 per cent of dye degradation can be achieved upto 20 ppm of dye concentration in presence of sunlight over a period four hours. The catalyst can be easily recovered using centrifugation or filtration and reused without losing its efficiency upto four times with 80 per cent efficiency. This also indicates the excellent efficiency of the catalyst and can be used to degrade the waste toxic dyes which are one of the major concerns for waste chemical treatment. We hope this methodology will attract many industries like paper, pharmaceutical, textiles etc. because of its completely energy saving and environmental friendly nature due to the use of freely available sunlight which imparts its economic viability and demands for its immediate publication so that it can reach to the maximum scientists throughout the globe. 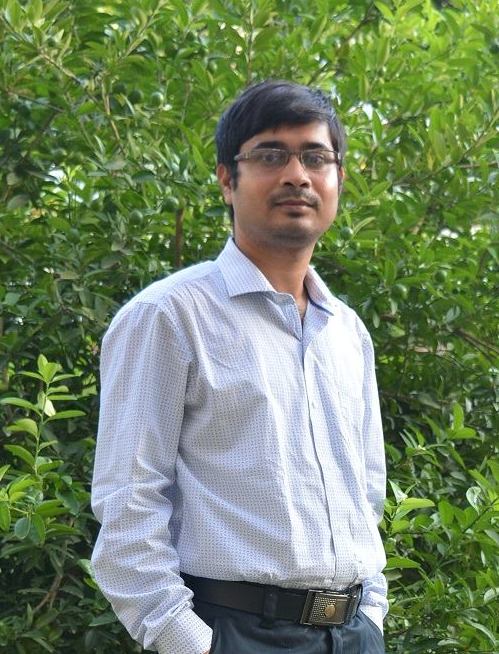 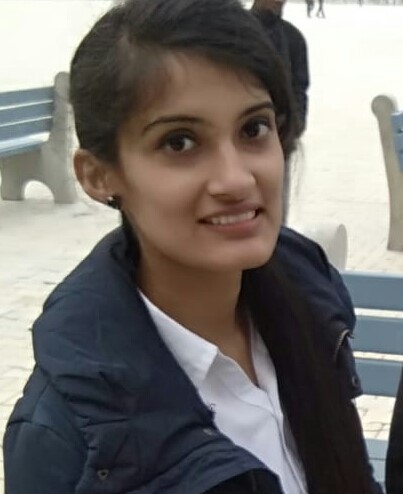 Mandeep Kaur is a Masters Student at Lovely Professional University in the Department of Chemistry under School of Chemical Engineering and Physical Sciences.