A discussion on Current research

Combined chemo-photo (photothermal/photodynamic) therapy is gaining attraction as modern art to treat diverse types of cancer. Researchers in the field focusing on the delivery agents that could place the chemo drugs at the site of desire along with producing photothermal effect upon exposure to light irradiation. This not only fastening the release of the drug at site but also killing the cancerous cells employing a sudden rise in temperature from normal to higher (~ 45°C). Such agent includes gold nanoparticles, graphitic carbon-based nanostructures, carbon nano-tubes and silver nanoparticles.

Cancer is one of the leading causes of death in both developed and developing countries and also a major public health problem. This dreadful disease is spreading with continuance and increasing incidences in recent times [1]. In 2012, 8.2 million cancer patients died as per the reports of World Health Organization (WHO) which also estimated the increase in annual cancer cases from 14 million to 22 million within coming 20 years[2].

In 2018, 18.1 million new cancer cases were estimated (excluding non-melanoma skin cancer) and 9.6 million were estimated deaths due to cancer, from which 70 per cent of deaths occur in low and middle income countries. Most commonly diagnosed cancer in both male and females is the lung cancer[3]. Lung cancer is the most common diagnosed cancer (11.6 per cent of total cases) and the leading cause of cancer deaths (18.4 per cent of total deaths due to cancer), closely followed by female breast cancer (11.6 per cent), prostate cancer (7.1 per cent), and colorectal cancer (6.1 per cent) for incidence and colorectal cancer (9.2 per cent), liver cancer (8.2 per cent), and stomach cancer (8.2 per cent) for mortality. Among males, lung cancer, prostate cancer and colorectal cancer are most frequent for incidence and the stomach cancer and liver cancer are most frequent for mortality[4]. Among females, most frequently diagnosed is breast cancer followed by lung and colorectal cancer for incidence and stomach and liver cancer for mortality. Cervical cancer ranks at the fourth in both cases i.e. incidence and mortality in both sexes. The rating of cancers according to most commonly diagnosed and leading to death cases may vary country to country depending upon the degree of economic development, social, life style factors and also eating habits [5].

Some states are home to both the wealthiest and the poorest counties, suggesting the opportunity for more equitable dissemination of effective cancer prevention, early detection, and treatment strategies. A broader application of existing cancer control knowledge with an emphasis on disadvantaged groups would undoubtedly accelerate progress against cancer[6].
Photo therapy is an emerging and noninvasive technique that has been employed for the treatment of several cancer types. However, many hurdles still exist that greatly reduce the efficacy of photodynamic therapy and also impairs its overall performance for the clinical translation[7]. The main challenges faced by conventional phototherapeutic agents include easy recognition by the immune system, low accumulation in target sites and rapid clearance from blood circulation. Tumour associated hypoxia is another important factor responsible for the poor responses in the cancer treatment by photo therapy. Tumour associated hypoxia has also been recognised as a hallmark of solid tumour and also plays a key role in the resistance to conventional anti-cancer therapies[8].

Chemo-photo therapy for cancer is a phototherapy combined with chemotherapy. Phototherapy including both, photodynamic and photothermal therapies is known to be effective in cancer treatment. Photodynamic therapy is a  photochemistry based therapy, it utilises photosensitisers which are based on light energy to produce cytotoxic species by transfer of electrons to the biological substrates and to transfer energy to molecular oxygen [9]. Whereas, photothermal therapy utilises those substances which have ability to convert the light energy into heat energy for the efficient tumour excision. Due to its localised and selective laser-induced therapeutic effect photothermal therapy promotes effective treatment for cancer[10]. Light-induced heat in photothermal therapy increases thetemperature of body above normal of the irradiated area and destroys malignant tumor’s. In treatment of cancer, heating at high temperature i.e. 80°C can ablate the tumour, whereas, heating at the range of 41-45°C may achieve death of cancer cells without causing any serious injury to the adjoining normal tissues. Alternatively, at 39–41°C temperature fever-range effects canbe achieved do not damage any tissues[11].

Photodynamic therapy is an alternative option for tumour excision and function sparing oncologic intervention. The treatment modality includes administration of tumour-localising photosensitiser (PS), which is illuminated locally with light that activates the photosensitiser to generate cytotoxic molecules including free radicals and singlet oxygen. When used individually, light, photosensitiser and oxygen are non-toxic to the cells, but when used incombination, may generate high reactive singlet oxygen that are capable to destroy cancer cells[12].

Tan et al.,2019 developed a strategy based on photothermal stimulation for mitochondria responsive drug release along with heat shock, to maximise the antitumour effects with minimum side effects. Their strategy depends upon mitochondrial targeted delivery of doxorubicin (DOX) through a lipophilic and photothermal agent IR-780 iodide (IR780)-modified glycolipid conjugates (CSOSA), which have capacity to kill the tumour cells by triggering high level reactive oxygen species synergistically. The study found that the photothermal conversion by IR780-CSOSA can weaken the hydrophobic interaction between DOX and the core of micelles. It can release DOX in mitochondria by triggering micelle swelling for ROS amplification and can also promote the fast evolution of ROS at the same locus by inducing mitochondria specific heat shock to eradicate cancer cells in more efficient way. Other than this study also revealed that IR780-CSOSA micelles may independently realise the real-time diagnosis and imaging on multiple tumor models and under laser irradiation, deep penetration into tumors by IR780-CSOSA/DOX micelles can be manipulated [15]. Figure 1 shows characterisation of IR780-CSOSA micelles. 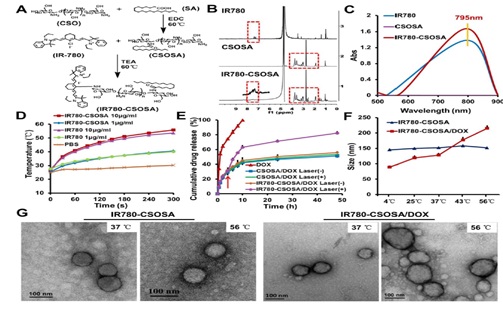 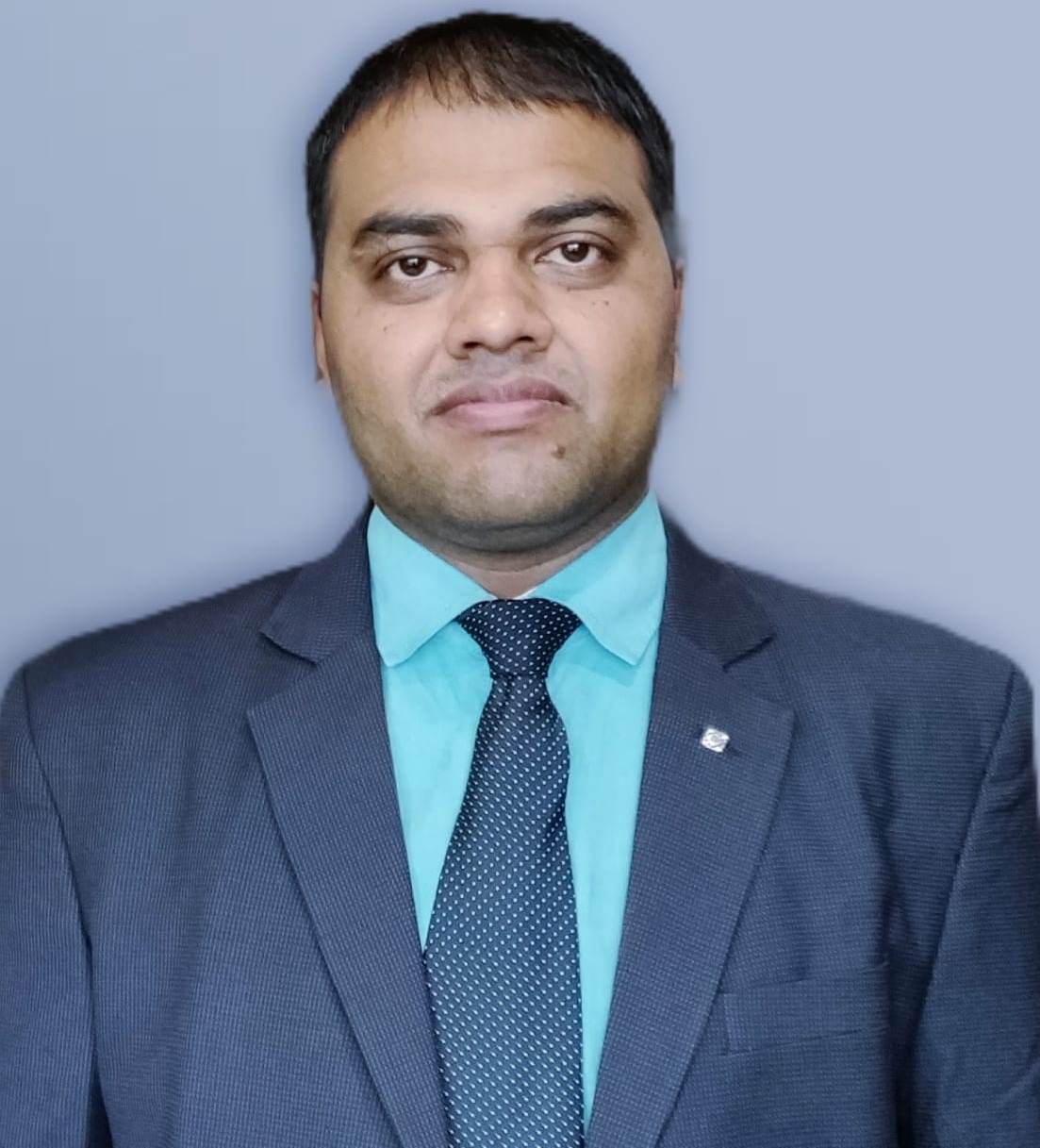