Enhancing the quality of clinical trials

Adaptive / flexible trial design has begun to catch-up with the clinical trial services providers due to its umpteen benefits that go a long way in delivering better drugs in a much shorter time. This article looks at different types of adaptive designs available, their characteristics, infrastructure, and the associated legal aspects.

Investment in pharmaceutical research and development has more than doubled in the past decade; however, the increase in spending for biomedical research does not reflect an increased success rate of pharmaceutical development. Reasons for this include: (1) a diminished margin for improvement escalates the level of difficulty in proving drug benefits; (2) easy targets are the focus as chronic diseases are more difficult to study; and (3) genomics and other new science have not yet reached their full potential. We cannot apply last century's techniques to today's problems and expect a great success.

What is adaptive design?

An adaptive design is a clinical trial design that allows the users to adapt or modify a trial during its progress based on interim results without affecting the validity and integrity of the trial. These adaptations can be based on internal or external information to the trial.

A Group Sequential Design (GSD) is an adaptive design that allows for premature termination of a trial due to a strong efficacy or futility evidence at interim analyses. GSD was originally developed to obtain clinical benefits under economic constraints. If a trial experiences a positive result at an early stage, GSD ensures an early stop of the trial leading to an earlier launch of the new drug. If a negative result is indicated, early stopping avoids wasting resources. Sequential methods typically lead to savings in sample-size, time and cost when compared with the classical design with a fixed sample-size. Also, limited resources can be judiciously put to use across different trials through interim analyses. GSD is probably one of the most commonly used adaptive designs in clinical trials.

A Sample-Size Re-estimation (SSR) design refers to an adaptive design that allows for sample-size adjustment or re-estimation based on the review of interim analysis results. The sample-size requirement for a trial is sensitive to the treatment effect and its variability. An inaccurate estimation of the effect size and its variability could lead to an underpowered or overpowered design, neither of which is desirable. If a trial is underpowered, it will not be able to detect a clinically meaningful difference, and consequently could prevent a potentially effective drug from being delivered to patients. On the other hand, if a trial is overpowered, it could lead to unnecessary exposure of many patients to a potentially harmful compound when the drug, in fact, is not effective. In practice, it is often difficult to estimate the effect size and variability because of many uncertainties during protocol development. Thus, it is desirable to have the flexibility to re-estimate the sample-size in the middle of the trial.

A Drop-Loser Design (DLD) is an adaptive design consisting of multiple stages. At each stage, interim analyses are performed and the losers (i.e., inferior treatment groups) are dropped (Figure 1). Ultimately, the best arm(s) are retained. If there is a control group, it is usually retained for the purpose of comparison. This type of design can be used in phase I-II or phase-II/III combined trials. A phase-II clinical trial is often a dose-response study, where the goal is to assess whether there is treatment effect. If there is treatment effect, the goal becomes finding the appropriate dose level (or treatment groups) for the phase-III trials, which are the pivotal trials for confirming efficacy. This type of traditional design is not efficient with respect to time and resources because the phase-II efficacy data are not pooled with data from phase-III trials. Therefore, it is desirable to combine phases II and III so that the data can be used efficiently, and the time required for drug development can be reduced. 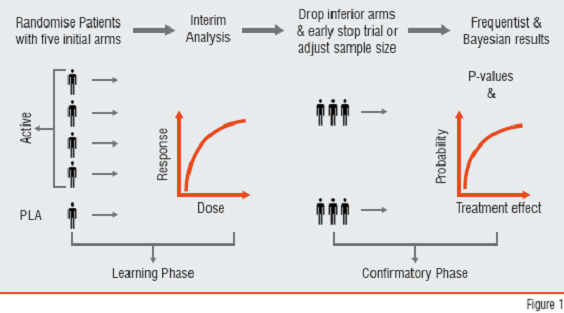 Figure2: Response Adaptive RandomisationAn adaptive randomisation design is a design that allows modification of randomisation schedules during the conduct of the trial. In clinical trials, randomisation is commonly used to ensure a balance with respect to patient characteristics among treatment groups. However, in a Response-Adaptive Randomisation Design (RARD), the allocation probability is based on the response of the previous patients. RARD was initially proposed because of ethical considerations (i.e., to have a larger probability to allocate patients to a superior treatment group). The Randomised Play-the-Winner (RPW) is a well-known RARD (Figure 2). Early applications of RPW are found in two-group trials. However, RARD is probably more useful in multiple-arm dose-find trials.

Dose-escalation is often considered in early phases of clinical development for identifying the Maximum Tolerated Dose (MTD), which is often considered the optimal dose for later phases of clinical development. An adaptive dose-finding (or dose-escalation) design is a design at which the dose level used to treat the next-entered patient is dependent on the toxicity of the previous patients. There are some traditional dose-escalation rules are adaptive, but the adaptation algorithms are somewhat ad hoc. More advanced dose-escalation rules have been developed using modelling approaches such as the continual reassessment method and other accelerated escalation algorithms (Chevret, 2006, Chang, 2007). These algorithms can reduce the sample-size and overall toxicity in a trial and improve the accuracy and precision of the MTD predictions.

Biomarker-Adaptive Design refers to a design that allows for adaptations using information obtained from biomarkers. In clinical trial set-up, a biomarker is defined as an indicator of biologic or pharmacologic response to a therapeutic intervention.

Biomarkers can be used to select the most appropriate target population, or even for personalised treatment using adaptive design. It is often the case that a pharmaceutical company has to decide whether to target a very selective population for whom the test drug likely works well or to target a broader population for whom the test drug is less likely to work well. However, the size of the selective population may be too small to justify the overall benefit to the patient population. In this case, a biomarker-adaptive design may be used, where the biomarker response at interim analysis can be used to determine which target populations should be focussed on.

Despite differences among adaptive designs, there are common characteristics. Adaptive design is a sequential data-driven approach. It is a dynamic process that allows for real-time learning. It is flexible and allows for modifications to the trial, which make the design cost-efficient and robust against the failure. Adaptive design is a systematic way to design different phases of trials, thus streamlining and optimising the drug development process. In contrast, the traditional approach is composed of weakly connected phasewise processes. 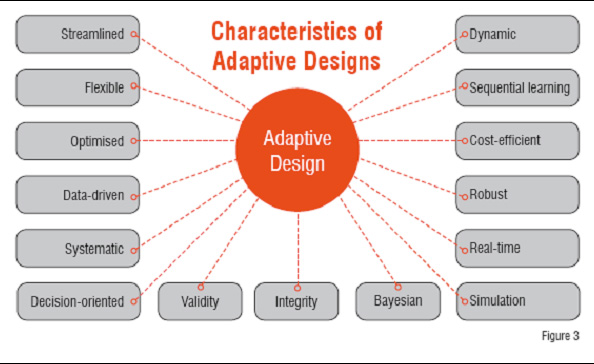 Adaptive design is a decision-oriented, sequential learning process that requires up-front planning and a great deal of collaboration among the different parties involved in the drug development process. To this end, Bayesian methodology and computer simulation play important roles. Finally, the flexibility of adaptive design does not compromise with the validity and integrity of the trial or the development process (Figure 3). Adaptive designs require the ability to rapidly integrate knowledge and experiences from different disciplines into the decision-making process and hence require a shift to a more collaborative working environment among disciplines.

Clinical trial simulation and IT infrastructure

Clinical Trial Simulation (CTS) is a process that mimics clinical trials using computer programs. CTS is particularly important in adaptive designs for several reasons: (1) the statistical theory of adaptive design is complicated with limited mathematic solutions available under certain assumptions, whereas CTS can be used to model very complicated situations with minimum assumptions; (2) CTS can be used to study the validity and robustness of an adaptive design in different hypothetical clinical settings, or with protocol deviations; (3) CTS can be used to monitor trials, project outcomes, anticipate problems, and suggest remedies before it is too late; (4) CTS has minimal cost associated with it and can be done in a short time.

Meanwhile, the design software and simulation tools for adaptive trials are highly desirable. EAST from Cytel Inc., well-known for its group design capability for years, has recently implemented a model to allow sample-size reestimation. Cytel also provides services for clinical trial design. ExpDesign Studio from CTriSoft, emerged just about 6 years ago, can provide a broad adaptive design with a fraction of the cost. ExpDesign Studio has implemented over hundred methods for classical designs. The ExpDesign is quickly increasing its popularity in designing clinical trials can be seen in international medical journals. However, CTriSoft only provides free online technical support for its clients, but is not a clinical trial service provider.

An adaptive design often requires real-time or near real-time data collection and analysis. In this regard, data standardisations, such as CDISC and Electronic Data Capture (EDC), are very helpful in data cleaning and reconciliation. Note that, not all adaptive designs require perfectly clean data at interim analysis, but the cleaner the data are, the more efficient the design is.

According to US FDA, Critical Path initiative is "a serious attempt to bring attention and focus to the need for targeted scientific efforts to modernise the techniques and methods used to evaluate the safety, efficacy, and quality of medical products as they move from product selection and design to mass manufacture". In the past five years, FDA has received different adaptive design protocols. The design adaptations FDA reviewers have encountered are: SSR, drop-losers, change of the primary endpoint, change of statistical tests, and change of the study objective such as from superiority to non-inferiority or vice versa, and selection of a subgroup based upon externally available studies. Two primary motivations for adaptive trials are well recognised by FDA statisticians, i.e. to allow some type of mid-study changes that are prospectively planned to maximise the chance of success of the trial while properly preserving the Type-I error rate because some planning parameters are imprecisely known and to enrich trials with subgroups of patients having genomic profiles likely to respond or less likely to experience toxicity (Hung, et al., 2006).

Advantages of Adaptive Trial Design
Compared to a classical design with a fixed sample size and other static design features, an adaptive design with dynamic or modifiable features will increase the probability of success; reduce the cost and the time to market; deliver the right drug to the right patient. An adaptive design may allow for stopping a trial earlier if the risk to subjects outweighs the benefit, or when there is early evidence of efficacy for a safe drug. An adaptive design may allow for randomising more patients to the superior treatment arms and reducing exposure to inefficacious, but potentially toxic, doses. An adaptive design can also be used to identify better target populations through early biomarker responses.

"Adaptive designs should be encouraged for Phases I and II trials for better exploration of drug effects, whether beneficial or harmful, so that, such information can be more optimally used in latter stages of drug development. Controlling false positive conclusions in exploratory phases is also important so that, the confirmatory trials in latter stages achieve their goals. The guidance from such trials properly controlling false positives may be more informative to help better design confirmatory trials." (Hung, et al., 2006). So far, the FDA has not released a formal guidance on adaptive designs and adaptive design protocol review is case-by-case.

1. The U.S. Food and Drug Administration (2004). Innovation/Stagnation, Challenge and Opportunity on the Critical Path to New Medical Products. March 2004. 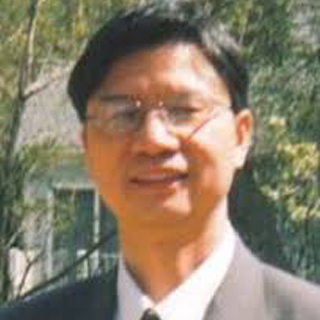 Dr Mark Chang is a Scientific Fellow at Millennium Pharmaceuticals with extensive experience in PreIND, IND, NDA submissions. He is the Vice President of the International Society for Biopharmaceutical Statistics, an executive member of ASA Biopharmaceutical Section, and a member of Expert Panel for the NCE in Canada and also Co-chair of Biotechnology Industry Organization Adaptive Design Working Group.