Results of the pooled analysis of the global XANTUS real-world study programme were announced recently at the European Society of Cardiology (ESC) Congress in Barcelona, Spain. The study investigated the use of the non-vitamin K antagonist oral anticoagulant (NOAC) rivaroxaban for stroke prevention in patients with non-valvular Atrial Fibrillation (AF) (irregular heart beat). The study showed low rates of both stroke and major bleeding, including fatal intracranial (skull) bleeds in AF patients on Xarelto® for stroke prevention. The majority (96.1 per cent) of the pooled XANTUS population did not experience stroke / systemic embolism, major bleeding and all-cause death. This is generally consistent with the Phase III ROCKET AF trial and reaffirms the safety and efficacy of rivaroxaban in AF management.

The global XANTUS programme is the largest prospective observational study on a single NOAC for stroke prevention in AF. This pooled analysis combined real-world data from three prospective, single-arm, multi-centre studies across multiple regions, which together followed more than 11,000 patients from 47 countries:

1. XANTUS, the largest of the studies, which followed 6,784 patients from Canada, Israel and 10 countries across Europe.

AF is a heart condition characterised by irregular heartbeats which increases the risk of stroke caused by blood clots by five-fold. Strokes due to AF are also more severe, causing disability in over 50 per cent of patients and generally worse outcomes than strokes due to other causes. The incidence of AF increases with age.

The prevalence of AF is a global issue with the number of AF patients growing rapidly and expected to have doubled by 2050. AF is especially of concern in Asia due the regions rapidly ageing populations. It is estimated that by 2050, Asia will have 72 million AF patients, and 2.9 million among them will suffer from an AF-associated stroke.

The good news is AF-related strokes can be prevented. However, there is still a significant number of AF patients in Asia not receiving optimal anticoagulant therapy for stroke prevention. Older anticoagulant therapy with Vitamin K Antagonist (VKAs) such as warfarin makes effective anticoagulation harder for patients and physicians due to its manifold food and drug interactions, regular blood monitoring requirements and risk of intracranial (skull) bleeding. These serious disadvantages cause VKAs to be under-used or under-dosed in AF stroke prevention, leaving patients unprotected.

“NOACs like rivaroxaban can potentially address this medical challenge as they are at least as effective as traditional warfarin therapy in preventing strokes in AF patients, but are easier to administer and carry a significantly lower risk of the life-threatening intracranial bleeding,” said Professor John Camm, the Professor of Clinical Cardiology at St George’s University of London who presented the results at ESC. “While this has been well proven in clinical trials and real-world studies, the consistency of the combined data from the worldwide XANTUS programme adds significantly to our understanding on the safety of NOACs in AF patients, and gives physicians the confidence to prescribe rivaroxaban in daily clinical practice.”

In the XANTUS pooled analysis, a total of 11,121 patients were enrolled into the three real-world studies and included in the analysis. Patients were from 47 countries in Western Europe / Canada/Israel (47.5 per cent), Eastern Europe (23.2 per cent), East Asia (20.1per cent), the Middle East/Africa (6.2 per cent) and Latin America (3.0 per cent). The majority of patients (73.1per cent) initially received rivaroxaban 20mg once daily, while 25.1 per cent, 1.6 per cent and 0.2 per cent of patients received rivaroxaban 15mg once daily, 10mg once daily and other doses, respectively. There were differences in patient demographics, clinical characteristics as well as stroke and bleeding risks among the study regions. Patients with higher CHADS2 (stroke risk) or CHA2DS2-VASc (bleeding risk) scores at baseline were more likely to experience major bleeding, stroke /systemic embolism or death.

Results from XANTUS pooled population showed low rates of both stroke and major bleeding with rivaroxaban at 0.9 per cent and 1.7per cent per year respectively, generally consistent with those in the ROCKET AF trial. Mean CHADS2 (stroke risk) and CHA2DS2-VASc (bleeding risk) scores for the pooled population were 2.0 and 3.5 respectively.

The findings were generally consistent across different regions and patient populations worldwide based on each of the individual studies. In XANAP, the Asian arm of XANTUS programme, the rates of both stroke and major bleeding were low at 1.7 per cent and 1.5 per cent respectively, generally consistent with Phase III ROCKET AF East Asia study and two other studies in the programme. CHADS2 (stroke risk) and CHA2DS2-VASc (bleeding risk) scores in XANAP were 2.3 and 3.7 respectively, higher than the mean scores of the XANTUS pooled population The majority (96.6 per cent) of patients on rivaroxaban in the study did not experience stroke / systemic embolism, major bleeding, and all-cause death.

XANAPis the first Pan-Asian, prospective, single-arm, observational study of 2,273 patients designed by Bayer to evaluate the safety and effectiveness of rivaroxaban for stroke prevention with non-valvular AF from 435 sites across Asia (Hong Kong SAR, Indonesia, South Korea, Malaysia, Philippines, Singapore, Taiwan, Thailand, Vietnam and Pakistan) in routine clinical practice. All treatment and dosing decisions were at the discretion of the treating physicians and patients were followed up for one year or until 30 days after premature discontinuation. Bleeding events and major thromboembolic events were centrally adjudicated by an independent committee.

“Strokes in AF patients are highly preventable. These robust findings further support rivaroxaban as a therapy of choice for stroke prevention in AF patients, with a low rate of major bleeding,” said Dr Foo Chuan Kit, Head of Medical Affairs of Bayer Pharmaceuticals Division for Asia-Pacific. “By involving Asian patients in this worldwide programme, we offer valuable insights to help physicians in the region safely and effectively lower the risk of stroke in their AF patients.”

Latest ESC Guidelines NOACs are recommended as first-line anticoagulants in the prevention of AF-associated stroke in the latest international guidelines for the management of AF by the European Society of Cardiology (ESC). It is stated that NOACs offer better efficacy, safety and convenience compared with VKAs. NOACs are broadly preferable to VKAs in the vast majority of patients with AF.

Rivaroxaban is the world’s most widely prescribed NOAC that has been prescribed to 31 million patients worldwide and more than 3 million patients in Asia-Pacific for the management of blood clots in seven distinct indications, including stroke prevention in AF.

Rivaroxaban is also the most broadly indicated NOAC, approved for seven indications, protecting patients across more venous and arterial thromboembolic conditions than any other NOAC:

While regulatory approvals may differ from country to country, across all indications, rivaroxaban is approved in more than 130 countries. 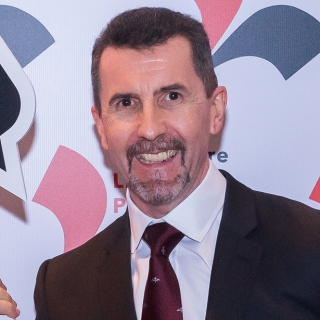 John has been science and technical writer for many years and has focused on medical and healthcare issues for more than a decade. He has spent the last 20 years in South East Asia, mainly based in Singapore, working as a freelance journalist and media adviser to the pharmaceutical industry.