Can Animation Software Help Find Cures for Cancer and HIV?

Visual effects software is more commonly associated with the movie and gaming industries, but is today being used in pharmaceutical and life science research laboratories to digitally visualise, simulate and replicate micro biological processes that may bring us closer to solving some of humanity\'s most pressing medical problems.

While 3D animation and visual effects have traditionally been associated with the movie and gaming industries, the same software used to create blockbuster games and movies is now moving beyond the silver screen: into the research laboratories of the leading players in the healthcare, pharmaceuticals and life sciences industries.

Enter the era of bio-visualisation–where the tools used by the likes of Disney and Pixar studios are used to bring complex biological data to life, making it possible to digitally visualise, simulate and replicate micro biological processes on a molecular level, in far greater detail than possible with traditional equipment.

While not yet prevalent in the life sciences industry, these new techniques and technologies are gradually being employed to communicate complex concepts, research, and models in the biological sphere in a manner that is visual, immersive and engaging. Within the scientific community, animation is gaining prominence and value due to its ability to aid communication, both among industry experts as well as non-specialist audiences.

Among industry experts, Hollywood’s tools of the trade are particularly useful in the research process, helping researchers to accomplish their work in a matter of months rather than years. For example, being able to visualize and analyse new drug formulations on a molecular level, and thereby simulate adjustments and how these affect medical effectiveness can have profound effects on the time taken for the drug to make it to the market. The added benefit of having digital visualisations of a complex research project also mean that findings can be easily communicated amongst expert team, even across borders, enabling greater collaboration and coordination to ensure commercial success.

Already, moviemaking technology has had a hand in enabling significant scientific breakthroughs in experimental medical studies, including that of cancer research. Using a plug-in called CADnano, built on the Autodesk Maya platform, researchers from the Wyss Institute for Biologically Inspired Engineering at Harvard University have achieved encouraging results with a technique called DNA Origami. The plug-in uses the powerful capabilities of Maya software, a staple in visual effects in the entertainment industry, to model individual strands of DNA into a complex web of patterns that perform “smart” functions in what the team calls a “nanorobot”. In trials conducted at the Wyss Institute, the nanorobots created were able to target specific pathogenic cells, releasing a payload of antibodies on contact with leukemia cells with little collateral damage to surrounding healthy tissue. These findings, while still in an early stage, provide an encouraging development in the field of the life sciences. With the open-source plug-in available for researchers the world over, scientists can now leverage the power of 3D visualisation tools to explore yet more exciting possibilities with DNA Origami.

Beyond the research laboratory, the use of visualisation software and tools is almost essential to communicate effectively with broader audiences, many of which are critical to the growth of the scientific community. Visual communication becomes yet more crucial when new findings in the field develop into products or techniques that are ready to hit the market, in helping to inform and eventually secure buy-in from investors, marketers, regulators and even end-consumers about the product in a way that is easy and engaging for non-technical audiences to consume.

Visualisation software is also gaining ground in the field amongst educators, who are using these tools to make learning more accurate, wholesome and exciting with many of the intricate biological structures, techniques and processes being illustrated and animated in realistic 3D. Already, special plug-ins exist for Maya users to download special “Molecular Maya” toolkits, designed specifically for professionals in the biological field, to download data from scientific databases that can be automatically translated into 3D models. Pioneered by Dr Gael McGill, Director of Molecular Visualisation at Harvard Medical School and founder of Digizyme, a multimedia biotech company specialising and educational and promotional animations for life sciences applications, the toolkits integrate the Rutgers Protein Database into Maya’s code base so that users no longer need to build molecular animations from scratch. With Maya recently available for free to educators, the next generation of scientists and researchers stand to benefit immensely from the power of software used by Hollywood’s largest production houses to take medical pedagogy to the next level.

This technology has allowed McGill’s team to develop accurate animations of scientific processes that remain hidden to the human eye, because the structures involved are too minute, or the timescales of the processes–rapid like the conformational changes of a protein, or prolonged as with ecological and evolutionary shifts–are beyond the perception of the human senses. His work includes visualisations on the process of viral infection, where viral surface protein spear target cell membranes–which may hold potential keys to unlocking better understanding on how to treat fatal infections like HIV.

In equipping not just industry experts, but also young medical students with new ways to explore and discover the natural world, scientists and educators of today can help create an environment that not only promotes better understanding of the life sciences field, but also opens up avenues to pursue and investigate new scientific breakthroughs that may hold the secrets to unlocking cures for some of the world’s most deadly illnesses. 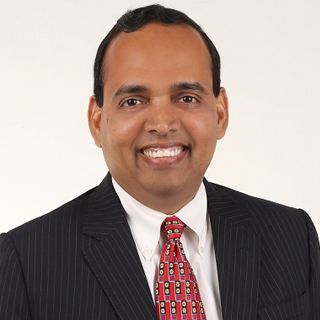 V R Srivatsan has over 22 years of experience in the IT industry, helming various leadership roles with multinational organisations with SAP and Oracle. He is responsible for the overall strategy and growth of Autodesk’s business in the ASEAN region across the various geographies, industries and product segments. Building strategic partnerships across the region will also be his key focus area.