Counterfeiting is currently one of the biggest challenges that the pharmaceutical industry is facing, and the amount of counterfeit drugs in the market globally is continuing to grow. In this article Essentra explains how packaging can help to tackle the issue, showing how incorporating a combination of measures can provide enhanced protection.

According to data released by the United States Food and Drug Administration (USFDA), approximately 10 per cent of all pharmaceuticals sold globally are counterfeit. Whilst counterfeiters are active around the world, not all markets suffer equally. Unsurprisingly, the World Health Organization (WHO) reports that developed nations - such Europe and the USA -are least affected by counterfeit pharmaceutical goods with an estimated 1 per cent penetration rate, whilst developing nations show particularly severe levels. It is estimated that up to 30 per cent of all medicines in Africa and the Far East are fake, and in 2011 it was reported that a staggering 64 per cent of all antimalarial drugs in Nigeria were counterfeit.

Due to a lack of enforcement capacity and increasingly complex supply chains, particularly with the expansion of e-commerce, these figures are continuing to grow. According to the WHO, it is believed that up to 50 per cent of drugs available online are fake –with estimates reaching up to 70 per cent in some African and Eastern European countries. Plus, counterfeiters are becoming ever more sophisticated and relentless in their efforts; in some parts of Asia, they are known to pay patients leaving pharmacies to obtain their genuine drug boxes and then fill them with false products afterwards. This is a critical issue for the industry, as falsified medicines are not only harmful to the brand owners that manufacture the legitimate product-as consumers may not trust brands that are widely counterfeited-but can be extremely dangerous to patients. 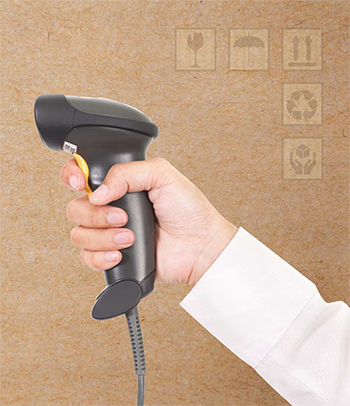 In light of this, governments around the world are implementing new legislation. However, without a global standard, regulation in this area often differs by country, allowing counterfeiters to exploit these loopholes. For example, in China all healthcare packaging currently includes a 20-digit Electronic Drug Monitoring Code (EDMC) so packs can be tracked and tested for authenticity throughout the supply chain. However, the China Food & Drug Administration (CFDA) issued a notice in 2016 stating that amendments to the drug system needed to be made following criticism of the system; the key issue being the fact that the EDMC coding format did not correspond with other traceability systems around the world, with many countriesincluding South Korea, India and Turkey-using the Global Trade Item Number (GTIN) format. Another notable law that was introduced includes the EU Falsified Medicines Directive (FMD) in 2016. The new legislation will apply to a number of medicinal products for human use and will consist of two key elements of safety features – track and trace serialisation and tamper verification solutions.

Despite the issues facing the industry, the effectiveness of such legalisation at country level should not be underestimated. Not only has it publicly raised the issue of illic it medicines, but it has also proposed some specific anti-counterfeit solutions. Indeed, as a leading global provider of healthcare packaging and security technologies, Essentra advocates the implementation of multi-layered solutions incorporating a combination of measures to provide enhanced protection.

Serialisation is the system of tracking, tracing and verifying products via unique identification codes. The codes are commonly presented as a linear barcode, 2D barcode or a combination of numbers, and technologies for more advanced solutions are currently being developed. No matter the format, the code will convey key data elements about the drug contained in the box, such as the drug’s product code, national reimbursement and identification number, batch number and expiry date of the unique identifier. This will reveal a complete history of the drug; from the supplier to consumer, for the entire duration of the drug’s life on the market and additional time necessary for returning and disposing of the pack after it has expired. In addition to confirming the integrity of the medicine and helping to ensure that patients are taking the correct reliable medicine, these data elements also facilitate withdrawal and return procedures should a recall be necessary.

However, there still remain a number of challenges that the pharmaceutical industry must overcome when implementing an efficient serialisation system. Firstly, a uniform system must be put in place that meets the requirements at each level of the supply chain. This may require existing suppliers and companies within the supply chain to integrate new IT systems, databases and business structures, which could prove difficult both financially and administratively. Plus the creation of the required serial codes themselves will call for significant expenditure, particularly if additional elements are included. The more complex the structure of the serial codes, the more challenging standardisation will be across all companies in the supply chain. According to some estimates, the majority of the coding solutions currently used in the pharmaceutical and healthcare industries could be rendered obsolete due to the FMD.

The key to the implementation of a successful serialisation system is the ability to run an effective data storage mechanism that allows for precise information management. The process of track and trace will mean that every point within the manufacturing chain will have to carry out a stop-check, resulting in the collection of a large amount of data. Each individual unit will have a unique identifying code which, once printed and supplied to the public, must be noted in the system so any other pack that has the same code cannot be verified. If, under certain circumstances, a box is accidentally damaged and made unusable, the code must be recorded as inactive. The organisation of this vast network of data will prove challenging, so companies and governments must work together to create a successful way of managing it effectively.

One country that is currently running a comprehensive track and trace infrastructure is Turkey. The system was initially implemented as a means of combatting insurance fraud, but is now capable of tracking and tracing all products entering and circulating the country. Goods are constantly documented as they advance through the supply chain and, when the goods finally reach the consumer, these unique identifiers are cross-referenced with the master database to confirm the product’s authenticity and original manufacturer.

Indeed, while serialisation verifies the authenticity of the pack of medicine, counterfeiters can easily collect and recycle genuine containers and refill them with fake product, reclosing the original packaging and passing the product off as genuine. This demonstrates the need for a multilayered security approach, to provide protection for both the packaging and the contents inside.

Tamper verification shows whether the packaging has been opened or altered since it left the manufacturer, ensuring that the contents are authentic. It gives confidence to the end user, allowing them to personally judge that the product is genuine and originates from the legitimate manufacturer. 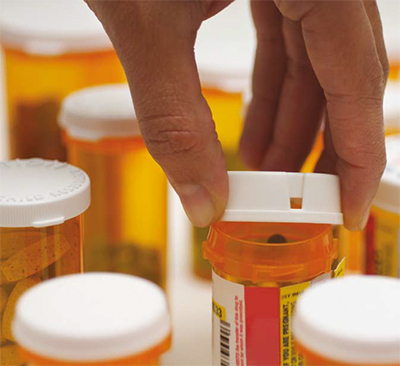 Tamper evidence can be built into the design of cartons via the use of glued locks, such as the reverse-tuck end with glued flaps, or dagger locks. Side-walled glued skillets with scored top openings and standard side-wall glue skillets with zip-tear openings provide additional solutions. All of these ‘built-in’ features involve the destruction of the original carton. These features also allow for easy opening of the pack, helping to improve the user’s experience and eliminate any issues that could make the consumer wary of a particular brand or product.

In the case of sealing labels, tamper verification can be provided with differing levels of sophistication. At entry level, straight forward fibre-tear labels use a permanent adhesive that, when removed, irreversibly damages both the print and the board of the carton to which it is affixed. However, from a consumer’s perspective, the removal of the label may leave behind unsightly remnants on the packaging, to the point where some may not want to use the same box to store any remaining medication. As a result, consumers may be left with a negative impression of the brand rather than appreciate the tamper verification that has been provided.

Void release labels present a more aesthetically pleasing experience than fibre-tear labels, leaving behind a visual cue on the original packaging upon removal. This cue can be in the form of a void message or a specifically designed pattern. These labels indicate if the product has been tampered with but keep the pack intact, maintaining the consumer’s impression of the brand. Additionally the upscale look of a specially designed pattern can help consumers identify that the seal and associated remaining image on the original packaging were intended to protect them – giving them confidence in the authenticity of the product. Even more advanced than this are frangible film labels, which include a substrate that disintegrates the label when consumers attempt to remove it from the carton.

Lastly, authentication systems help consumers to verify if packaging is genuine. Authentication solutions can come in different forms, mainly categorised as overt, covert or forensic. Overt solutions are visible, and therefore allow authentication by consumers. Solutions in this category, for example colour shift inks, can offer both security and the ability to provide shelf appeal by enhancing a brand. However, overt technologies highlight exactly what a counterfeiter should target, and as they often rely on consumer verification to distinguish genuine from fake, the counterfeiter only has to be good enough to deceive an untrained user.

Covert solutions are viewed to offer a greater level of protection to a product, as they are not visible and therefore more difficult to replicate. Covert features generally will have a visible response when exposed to the correct activation condition, for example, UV light. For an extra advanced layer of authentication there are also forensic solutions—which include molecular markers and biological tracers—which can only be identified using laboratory equipment.

With various legislation to be implemented around the world in the coming years, many companies have either created new security and serialisation systems in-house or have organised outsourcing to packaging companies, such as Essentra. It is important however that companies arrange security and serialisation solutions for their bespoke, specialist and short-run products, as well as their standardised product lines. Though introducing these solutions may be costly, it is an investment that will benefit individual companies and the industry as a whole for years to come. Not only will they be compliant with regulation, but patients will also be confident that the medicines they receive are safe for use. 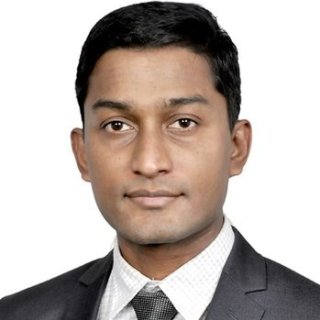 Chandan is an active member in the packaging and the associated industries. In his current position, he handles the usiness of Health & Personal Care Packaging at Essentra. Prior to Essentra Chandan worked in business development, sales and marketing functions in industries such as personal care, home care and packaged food & beverages.