Dissemination of SARS-CoV-2 and the Pathogenesis of COVID-19

Something wicked this way comes

Mould spores appear to compete with SARS-CoV-2 for Toll-like receptor 4 on pulmonary epithelial cells, with the periodicity of incident COVID-19 a consequence of seasonal factors that influence availability of the competing species. This new understanding should prompt novel treatments for the pandemic, which, despite widespread vaccinations, continues unabated. 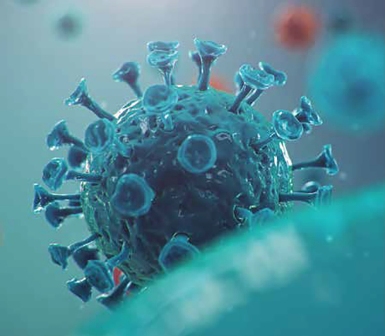 An inverse relationship between aerosolisation of mould spores and incidence of seasonal influenza-like illnesses (ILI), including COVID-19, has been demonstrated in Chicago. Early in the spring, the number of cases of viral respiratory illnesses falls as the atmospheric concentration of mould spores rises. Mould spores, the reproductive elements of fungi, are aerosolised in the spring and throughout the summer and early fall, a consequence, in large part, of natural and agricultural disruption of soil, figure 1.

Figure 1: Mould spores are disseminated by soil disruption as occurs, for example, by farming practices

Following the first frost, the atmospheric concentration of mould spores falls abruptly, coincident with the dramatic rise in cases of viral respiratory illnesses. The cycle repeats itself annually, figure 2.

On the basis of the inverse seasonality, it was concluded relevant bioaerosols, including respiratory viruses and mould spores, compete for a commonreceptor on pulmonary epithelium. By inference, the receptor was proposed to be Toll-like receptor 4 (TLR4), a pathogen recognition receptor of the innate immune system and a homolog of the eponymous anti-fungal Toll receptor of Drosophila. Whereas engagement of mould spores by TLR4 generally confers an immunological benefit to the host, engagement of SARS-CoV-2 virions by TLR4 yields symptoms characteristic of COVID-19. Inasmuch as engagement of mould spores by TLR4 is essential for preventing respiratory fungal disease, mould spores not bound to the receptor are free to propagate and grow within the nasopharynx and pulmonary tree, causing, for example, Aspergillus or mucormycotic superinfection in humans and, likely, white-nose syndrome in bats, the presumed source of SARS-CoV-2. In humans, fungal superinfections are most evident at the end of an ILI season, when respiratory viruses are still dominant, but dwindling.

In many ways, COVID-19 is a toxicological problem. The relative engagement of competing bioaerosols is influenced both by the affinities of the various species for TLR4 and by the ambient atmospheric concentrations of those species. The bioaerosol that prevails at any given time will be the one of highest atmospheric concentration and/or highest affinity for TLR4. Measuresthat influence either of these, whether natural, such as blanketing precipitation, or contrived, such as farming, as well as measures that influence the native availability/operability of TLR4, such as advancing age, will influence susceptibility to viral respiratory disease.

The interaction of the various bioaerosols with TLR4 is proposed to occur akin to the operation of hookand-loop adhesives, such as Velcro®. Instead of loops, however, the bioaerosol features that interact with TLR4 ‘hooks’ are protuberances of molecular dimensions, i.e., spikes, such as exist on the surfaces of SARS-CoV-2 virions and mould spores of many fungal genera. The large extracellular domain of TLR4 likely accommodates protuberances of a host of bioaerosols, with relevant interactions occurring on cells lining the environmental-facing surface of the respiratory tract.

The Role of Innate Immunity

Because many persons infected with SARS-CoV-2 are asymptomatic, humans must necessarily have some innate immune defense against the virus, preventing virions from pathological engagement of TLR4 on the surface of the respiratory tract. As to the relevant effector, surfactant protein D (SP-D), an immune opsonin secreted by pneumocytes and operative on the epithelial surface, is ideally positioned. It neutralises seasonal respiratory viruses both directly and via regulation of antiviral phospholipids. If a viral dose is one that is less than that of the capacity of available SP-D, no respiratory illness ensues. If, however, a viral dose is one that exceeds the capacity of available SP-D, then free virions engage TLR4 yielding, in turn, all of the symptoms characteristic of COVID-19, figure 3. 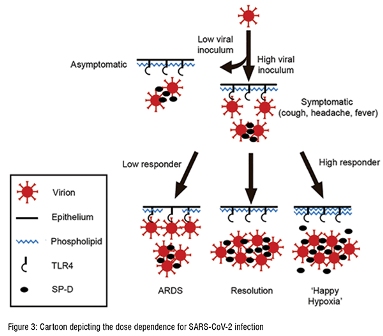 Not surprisingly, because intracellular and alveolar pools of SP-D are highest in younger individuals,it is the young who are least susceptible to the adverse outcomes of COVID-19.

Because the degree of up-regulation of SP-D and its phospholipid entourage by all symptomatic persons is not the same, the outcome of SARS-CoV-2 infection in all symptomatic persons is not the same. Those whose up-regulation yields over-exuberant production of SP-D/ phospholipids, i.e., high responders, are prone to ‘happy hypoxia,’ a condition of respiratory distress in which gas exchange is severely compromised. Those whose SP-D up-regulation is limited, i.e., low responders, are prone to a more typical acute respiratory distress syndrome (ARDS) in which both gas exchange and pulmonary compliance are significantly challenged, figure 4. 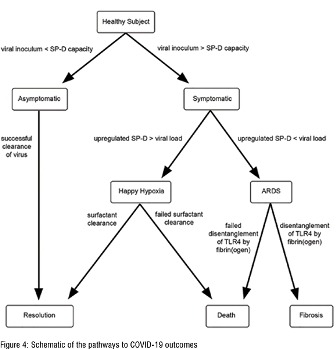 Importantly, corticosteroids increase SP-D production whilst insulin decreases it, accounting for the therapeutic benefit of the former in some and disease exacerbation of the latter in others, such as diabetics.

The symptoms and morbid consequences of COVID-19 — most notably ‘cytokine storm’ — follow engagement of SARSCoV-2 virions by TLR4 on the environmental-facing surface of the pulmonary tree. Further, the multivalency of spikes on the virion promotes clustering and/or cooperative engagement of neighbouring TLR4 molecules, which undoubtedly contribute to viral pathogenicity. Measures that prevent such engagement are expected to abate the symptoms and consequences of COVID-19. Inhaled therapies seem ideally suited to this purpose. Depending upon the state of infection, materials that might provide benefit when inhaled in nebulised form include relevant bioaerosols, SP-D, anti-SARS-CoV-2 antibodies, and monomeric TLR4 ligands, including spike protein homologs/analogs and the C-terminus of the fibrinogen gamma chain. Because multimerisation, registry and clustering of TLR4, an integral membrane protein, are influenced by the rafts that constitute the lipid milieu of the receptor, modification of those rafts by, for example, nebulised ethanol or various lipids, including some repurposed lipophilic drugs, might also prove beneficial. Finally, as a supplement to heparin preexisting in the lungs, nebulised heparin, by dissociating interlocked fibrin(ogen) molecules on the surface of the respiratory tree, might help limit the fibrosis that ensues the ARDS of severe COVID-19.

Apart from pharmaceutical measures that might be taken to prevent/abate COVID-19 infection, immunological and horticultural means might also be exploited. Intramuscular or nebulised and inhaled vaccines that promote the production of secretory IgA in the lungs might be especially useful. Notwithstanding allergenic potential, horticultural means might involve indoor cultivation of pollenating plants, including their mould-rich fertilisation. The latter schemes would best be undertaken following determination of plant – mould pairings suited to the task.

The Good, the Bad and the Very, Very Ugly

On the positive side, the COVID-19 pandemic has made obvious a remarkable interplay between bioaerosols that influence the respiratory health of man. Because on an evolutionary timescale humans have co-existed with plants, fungi and viruses for an extended period, it stands to reason that the respiratory system of the former would have developed means to cope with significant seasonal inhalational exposure to reproductive elements of the latter. At the interface of the respiratory tree, TLR4 on epithelial cells seems ideally positioned to provide that coping mechanism. On the worrisome side, the seasonality of COVID-19 risks being lost if the virus mutates so as to bind more effectively to TLR4 than do its seasonal competitors. More worrisome is the possibility the virus will mutate so as to be unrecognised by SP-D but still recognised by TLR4, in which case populations now spared from severe disease may no longer be. 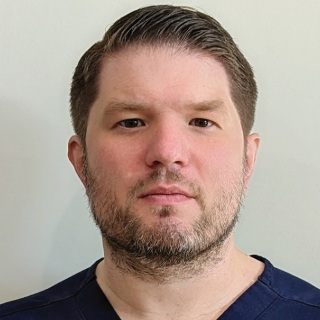 Andrew C Retzinger is an emergency medicine physician practicing in the Midwestern United States. His research interests are the disease processes that afflict his patients. At this time, COVID-19 has his attention. 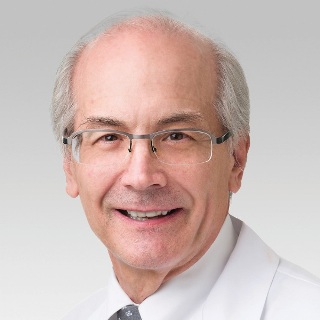 Gregory S Retzinger is an immunologist, clinical pathologist and Vice Chair of Clinical Pathology at the Feinberg School of Medicine, Northwestern University, Chicago, Il USA. His primary research interest is the operation of fibrinogen at interfaces, a topic relevant to many diseases, including COVID-19.