An Empirical Analysis of Primary and Secondary Pharmaceutical Patents in Chile

We analyze the patent filing strategies of foreign pharmaceutical companies in Chile distinguishing between “primary” (active ingredient) and “secondary” patents (patents on modified compounds, formulations, dosages, particular medical uses, etc.). There is prior evidence that secondary patents are used by pharmaceutical originator companies in the U.S. and Europe to extend patent protection on drugs in length and breadth. Using a novel dataset that comprises all drugs registered in Chile between 1991 and 2010 as well as the corresponding patents and trademarks, we find evidence that foreign originator companies pursue similar strategies in Chile. We find a primary to secondary patents ratio of 1:4 at the drug-level, which is comparable to the available evidence for Europe; most secondary patents are filed over several years following the original primary patent and after the protected active ingredient has obtained market approval in Chile. This points toward effective patent term extensions through secondary patents. Secondary patents dominate “older” therapeutic classes like anti-ulcer and anti-depressants. In contrast, newer areas like anti-virals and anti-neoplastics (anti-cancer) have a much larger share of primary patents.

Copyright: © 2015 Abud et al. This is an open access article distributed under the terms of the Creative Commons Attribution License, which permits unrestricted use, distribution, and reproduction in any medium, provided the original author and source are credited

Funding: This study was supported by the World Intellectual Property Organization to MA, BH, and CH (WIPO, http://www.wipo.int); United Nations University-MERIT to BH; and Santa Clara University to CH. WIPO's chief economist, Carsten Fink, provided advice in the study design and data collection, and provided comments on the draft manuscript.

The authors thank INAPI (in particular the pharmaceutical patents team), as well as Aisen Etcheverry, Catalina Olivos Besserer, Maria Lorena Chacon, and Alhena Fuentes for their generous support in constructing the data. We also thank representatives of ASILFA and Camara de la Innovacion Farmaceutica for insightful discussions. We also benefitted from the comments of two anonymous referees, Carsten Fink, Catalina Martinez, Keith Maskus, and participants of the 2014 Meide conference in Santiago and seminars at INAPI, WIPO, UC Berkeley, and UC Davis. 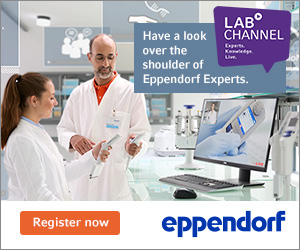