Use Cases in the Pharmaceutical Industry

What is Blockchain? A Blockchain is a global distributed ledger or database running on millions of devices and open to anyone, where information and particularly anything of value can be moved and stored securely and privately (Tapscott et al., 2016). On the Blockchain, trust and integrity amongst strangers is established, not by intermediaries, but through mass collaboration and clever coding (Tapscott et al., 2016). Key benefits of the Blockchain technology include trust, transparency, disintermediation, immutability and consensus. These characteristics ensure that the Blockchain technology is considered to be the digital disrupter to exchange anything of value (e.g. transactions where we have doublespend problems); just as the internet is considered to be the digital disrupter to exchange information. This has big implications for private businesses, corporations and the public sector.

The pharmaceutical value chain is a complex procedure which on average takes about fifteen years from drug discovery to regulatory approval (Ding, 2014). It is structured into different phases, from the initial start, where the company decides to invest into research of certain therapeutic areas, to identifying and developing the most promising molecules, to several pre-clinical and clinical test phases and a final stage where market access is granted.

After successful market approval, pharmaceutical firms negotiate pricing with other stakeholders such as payers. In many countries (such as the United States) value-based pricing plays an increasingly critical role in the price negotiations of drugs. After approval and pricing discussions, the drug is up-scaled for manufacturing and distribution. Quality and patient safety are priority issues when we speak about manufacturing and distribution.

Use Cases along the Pharmaceutical Value Chain

The Blockchain technology offers several fields for application along the pharmaceutical value chain.

Two major concerns within the pharmaceutical supply chain context include the counterfeit drug problem and pharmaceutical arbitrage opportunities. Counterfeit drugs are pharmaceutical products that are sold with the intent to deceptively represent its origin. Counterfeit drugs may contain inappropriate quantities of active ingredients, ingredients which are not labelled and/or no active ingredient at all. The burden of counterfeit is enormous and can result in treatment failure, health damage, toxicity, death, economic loss as well as in loss of trust in the healthcare system. The World Health Organization (WHO, 2010) estimates worldwide sales of counterfeit medicines to $75 billion in 2010, a 90% rise in five years. According to the WHO, in more than 50% of cases, medicines purchased over the Internet from illegal sites concealing their physical address are counterfeit drugs. Even lifesaving prescription medicines for cancer and serious cardiovascular diseases are being sold to consumers (WHO, 2010). Counterfeit drugs are motivated by potentially huge profits and especially developing countries are targets, because the cost of legitimate drugs is often beyond the reach of much of the population (WHO, 2010). The overall death toll attributable to counterfeit medicines, like the scale of the business, is unknown but the costs to public health are huge, since apart from death counterfeits can cause resistance to medicines (WHO, 2010)1.

Pharmaceutical arbitrage defines the problem, when for example governments grant subsidies for expensive but lifesaving drugs to be sold on a lower price in order to increase access of medicines to patients. Arbitrage opportunities are exploited when drugs are purchased on a low price with the intention to sell to patients on a high price. Pharmaceutical arbitrage erodes affordable prices and undermines access to medicines and health and causes financial losses for the government. 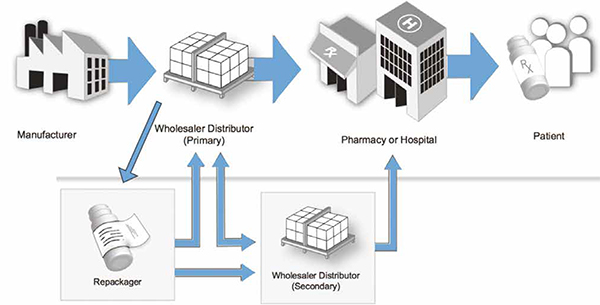 The Blockchain could be an opportunity platform to increase trust and transparency, with customers being able to track pharmaceutical products throughout the supply chain. The packaging of a drug could be scanned by a bar code any time, the drug changes ownership. Only trusted parties are granted access to write on the Blockchain. The record is delivered on the Blockchain in real time. Manufacturers and end customer can scan the bar code and see the history. Optimally, the platform ensures drug identification, tracing, verification and notification in case an illegitimate drug is found. The intelligent Blockchainbased control system ensures end-to-end tracking. It will eliminate the opportunity for illegible drug modification, in particular at interfaces and where-ever there is manual intervention.

Trust and transparency amongst different parties

Throughout the clinical trial, multiple parties are involved which adds costs and creates complexity: patients, pharma companies, Contract Research Organisations (CROs), hospitals, doctors, regulators. The various parties involved may not trust each other, especially with regard to data collection and data integrity.

Blockchain may present a solution and act as an audit trail for pharma companies and auditors. The data is uploaded in real-time on the Blockchain which increases the transparency. The data cannot be manipulated which establishes trust. Instead of third parties auditing the data, the Blockchain solution works with a consensus mechanism which does not need external auditors to validate the transaction. Instead, code auditors are required. At the end, the data owner and the legible data user could exchange data peer-to-peer. The Blockchain solution inherently provides data quality and drives a new governance model that is compulsory to be followed by all participants due to the Blockchain solution features.

Successful clinical trials require patient groups that fulfil specific requirements. Patient data is sensitive and for this reason not freely and easily accessible. Data security and privacy is a sensitive topic, in particular with patient health data, and multiple parties involved. As soon as the patient is on boarded, patient retention and satisfaction become increasingly important for a successful completion of a milestone of the clinical trial. Multiple locations of data origin in manual and electronic form and centralised data storages make it difficult to track back data or to recall who accessed or changed information at a specific time.

A Blockchain platform provides the opportunity to act as distributed ledger system where patients may use the platform to enter their data once on the central distributed data base and share it with interested third parties such as CROs. The patients keep full control of their data. Via a public ledger the data purchaser may see the data available without being able to identify a patient. The patient is in control of what they share via a public and permissioned Blockchain. They could at any time eliminate the data if otherwise not agreed on via a smart contract which is a “piece of code implementing arbitrary rules” (Buterin, 2014). If the patient intents to allow a data purchaser to have access to more information on the private Blockchain, access can be granted any time by the owner. Throughout the clinical trial the data is save and immutable on the Blockchain due to the shared data record that acts as a single source of truth. Due to the time stamped data collection and data  flow on the Blockchain, defined access rights and verified identities may enter the system. There is full reliability and trackability of any change at any time.

Precision medicine and advanced analytics could lead to major milestones in clinical trials as soon as an electronic data base and security is established within the ecosystem of stakeholders with a Blockchain solution. Collaboration in form of industry consortia including legislators are required to make this happen. As a result, time savings in the length of clinical trials and long-term cost savings could potentially be achieved via a Blockchain solution.

Pharmaceutical companies invest a large portion of their resources on R&D. Roughly 19 per cent of all business spending on R&D worldwide is held by pharmaceutical R&D (Ding, 2014). Top pharmaceutical firms invest up to 20 per cent to 30 per cent of their topline into R&D each year. The average cost of developing a new drug is estimated to be about 800 million US Dollars (Grabowski et al., 2002; DiMasi et al., 2003).

Pharmaceutical R&D is a complex development process that is structured into different phases, from discovery and pre-clinical and clinical testing to a final stage where market access is granted. All in all, from initial discovery to a stage where market access has been granted, the process can take up to 15 years (Himmelmann, 2009). During this time, pharmaceutical firms face cash-outflows for investments without having any cash-inflows yet.

The drug development process is characterised by high uncertainty. After identifying a promising substance, it remains unclear whether it will make it through the different development stages. Based on the 2008 report of the Pharmaceutical Research and Manufacturers of America (PhRMA), only one candidate out of about 5,000 to 10,000 evaluated chemical entities will be granted market access approval (Himmelmann, 2009).

The complexity of the pharmaceutical R&D process and the high risk associated with may serve as a potential explanation for above average expected returns by capital markets. Pharmaceutical firms only have few possibilities to diversify their risks. Especially young firms face a high degree of non-diversifiable risk, which is expressed in high systematic risk and consequently high expected returns by capital markets leading to high cost of capital for such firms (Goncharov et al., 2014).

Especially in the early research phase, funding is critical for successful drug development. High cost of capital may adversely affect funding opportunities. One potential opportunity to increase information access to investors in the early research phase, while at the same time keeping track of ownership of proprietary information, could be the management of an open innovation process via the Blockchain. Trust and integrity between several stakeholders, such as research organisations and investors, is established through active collaboration and clever coding (Tapscott et al., 2016). The Blockchain ensures information exchange and flow across different processes of the innovation stage, while at the same time keeping track of ownership rights. In real time, information is visible to the regulator and funding parties, reducing information asymmetry and potentially reducing cost of capital2. 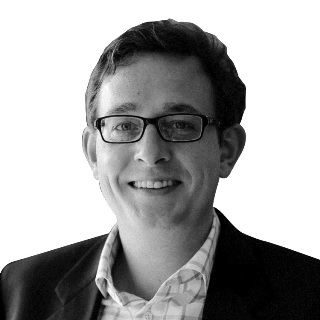 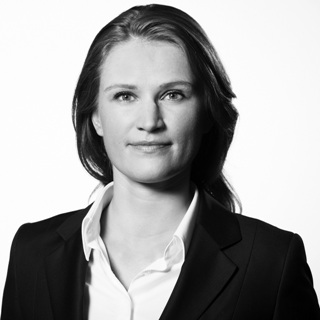 Michaela Kazmaier is a Digital Strategist with 10 years of professional experience in Financial Services, Information Technology and Corporate Finance Advisory. Her expertise in the field of Blockchain is concentrated on digital advisory and transformation of start-ups and corporates, Blockchain funding structures, Initial Coin Offerings (ICOs), use case and concept creation in multiple verticals. 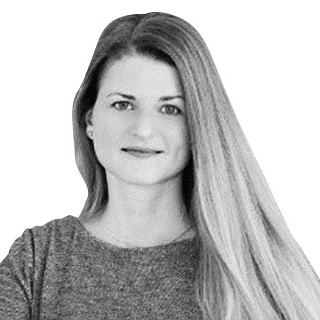 Manuela Maria Schöner is a financial economist and data analyst focusing on pharmaceutical markets. She holds a triple degree in Finance allied with 8 years of professional experience in top management consulting & corporate finance. Her expertise in Blockchain concentrates on use case analyses in the pharmaceutical industry, in particular within pharmaceutical supply chain and clinical trials.