Where may pharmaceutical companies go?

The United Kingdom decided to leave the European Union; this ‘Brexit’ impacts pharmaceutical companies and their Pharmacovigilance systems in the UK and EU. This article describes the consequences for Marketing Authorisations, for instance ICSRs, aggregate reports, signal / risk management, the QPPV and the PSMF. Pharmaceutical companies need to be prepared for the results of the ongoing negotiations between the political stakeholders, which will detail future processes and needed changes for the pharmaceutical companies.

On 23 June 2016, the UK, together with the British Overseas Territory of Gibraltar, voted with a 51.9 per cent majority to leave the EU. Subsequently, the UK government initiated the official EU withdrawal process by triggering Article 50 of the Lisbon treaty. The UK left the EU on 31 January 2020 with an agreed transitional period until 31 December 2020.

Hard Brexit was not to be

The ghost of a hard Brexit, one in which “no deal” between the UK and EU could be reached, luckily disappeared.

The transition period, published on 19 March 2018, gave pharmaceutical companies time to prepare for Brexit, to continue with the current PV system to ensure patients’ safety.

As of December 2020, the negotiators in the UK and the EU reached an agreement on the regulation. Many details still need to be agreed upon in specialist working groups to cover all aspects of daily life.

So far it seems clear that the Medicines and Healthcare products Regulatory Agency (MHRA) will not continue to be part of the European PV system, including the PV Risk Assessment Committee (PRAC) or EudraVigilance. This will have a tremendous impact for both the involved Health Authorities and pharmaceutical companies.

This approach will require double efforts in PV in order to satisfy the needs of Health Authorities in the UK and the EU, and could leave room for certain conjectures.

With this in mind, just what are the consequences for Marketing Authorisations (MA), and how can supply with Centrally Authorised Products (CAP) be ensured in the UK and in the EU?

The MHRA has issued a businesscontinuity plan for more than 370 CAPs to rapporteurs and co-rapporteurs, which are registered within the EU. All MAs need to be converted to national licenses. The plan is that CAPs will automatically be converted to UK MAs on the day of Brexit. Mutual recognition and decentralised MAs will be unaffected since they already hold national UK MAs.

Additionally, MAs, which are only held in the UK, will need to be transferred to an entity or affiliate which is located within the EU.

Post Brexit on 31 December 2020, the UK requires submission of all UK ICSRs (serious and non-serious) and serious ICSRs from other countries via the new MHRA Gateway and/or ICSR Submissions portal which have been developed. Obligatory registrations should have been made prior to Brexit.

The MHRA may, at some point, issue a new list of UK-specific reference dates for Periodic Safety Update Reports (PSURs) potentially resulting in the submission of PSURs at different times in the UK and the EU. In the meantime, the European Union Reference Dates (EURD) should be followed and, from 01 January 2021, PSURs should be submitted in parallel to the UK and EU. The Authorities may require joint signatories for both the UK and the EU.

In addition to the current practices for the EMA, the MHRA requests notifying of signals arising from any data source/emerging safety issues within three working days if they have not already been notified to them. After Brexit, this also includes standalone signal notifications submitted to the EMA as well as signals raised by the EMA. The MHRA will carry out assessment of signals and issue UK decisions for both signals identified by the MHRA and those highlighted internationally.

The MHRA will continue to accept EU versions of the RMP, but where the UK has made a specific request for information to be included; this may need to be provided in a UK specific annex. For centrally approved products the current approved version of the RMP should be included in the initiating sequence as part of the conversion process.

According to EU legislation , the PSMF must be housed within a member state of the European Economic Area. Post Brexit, the Marketing Authorisation Holder (MAH) will need to change the location of the PSMF to a Member State within the European Economic Area (EEA). Typically, the PSMF is electronically accessible from any location in the world. The MHRA is, therefore, unlikely to ask for a separate UK PSMF. However, there may need to be UK-specific annexes. MHRA says the format and content requirements for the UK PSMF are “equivalent to that of the EU PSMF.” On the other hand, the MHRA says that each UK PSMF must have a unique identification number.

Based on information by the MHRA, “the role and responsibilities of the UK QPPV are equivalent to that of the EU/EEA QPPV,” but require that the QPPV be based in the UK. Comparable to the EU QPPV for products in the EEA, the UK QPPV will be responsible for establishing and maintaining a PV system for all UK authorized products. This includes oversight of what is happening at all times and visibility of the global safety database. However, the MHRA also notes that it will allow MAHs an exemption to the requirement that the QPPV be based in the UK for a short period of time in order to transition.

Pharmaceutical companies need to prepare a plan after the transition period. This will most likely reference having in place an EU QPPV as well as a UK QPPV to have direct points of contacts in place for the Authorities.

What are the most likely next steps?

The UK and the EU will continue to independently negotiate on the detailed terms of Brexit to ensure the continuous provision of medicinal products and medical devices. There are still some areas in PV post Brexit, which will be defined in specialised working groups by the authorities. Pharmaceutical companies are advised to be ready for upcoming changes, which will be published in due course on an independent system for PV, PSMF and QPPV. The outcome of the detailed discussions between the involved parties is so far unclear. Our QPPV office will continue to closely monitor and keep abreast of any further developments. We will ensure that, as an end-to-end PV Service partner, our QPPV services remain uninterrupted. 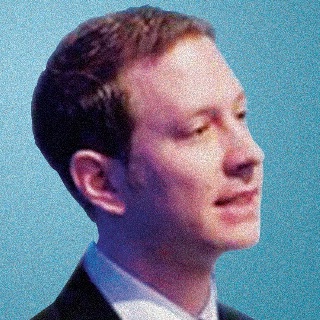 Upon gaining his MD with the Philipp’s University of Marburg, Germany, Philipp Hofmann started his career as a medical writer in the pharmaceutical industry, responsible for Annual Safety Reports. This very first position was soon followed by a continuous professional development from Medical Manager Vigilance, Safety Officer, Deputy EU QPPV, Director Global Safety to Head of Pharmacovigilance and EU QPPV prior to joining Navitas Life Sciences. Philipp, with his specialization in Pharmaceutical Medicine, is now heading the pharmacovigilance department of Navitas Life Sciences and the QPPV office.