When researching my latest book (1), life sciences CEOs told me that the most important and fulfilling part of their job was developing the people who worked for them. Nowhere is this more true than when formulating brand strategy. Deciding how best to allocate limited resources to achieve brand objectives is a mission-critical task that is usually delegated to a cross-functional team that brings together marketing, market access, medical and other skills. Typically, however, brand teams consist of colleagues still in the first third of their career; their strengths of energy and enthusiasm are balanced by relatively little experience in brand strategy formulation. For that reason, it falls to more senior heads, perhaps carrying some grey hairs and the scars of previous experience, to guide the brand team. For these more senior executives, there can hardly be a more important task than coaching the brand teams. But effective coaching, which involves both guiding and developing, is a rare skill. Most leaders find it much easier to instruct instead of coach but whilst this may direct activity it doesn’t deliver development. Let’s look at what we know about how coaching works and why it is so hard to do in practice. Finally, I’ll describe the three-step process that highly competent coaches use to support their brand teams.

Relevant, Specific, ConstructiveWhen coaching works for brand teams, they describe it as having three characteristics, each of which is necessary but not sufficient. Firstly, it has to be relevant to their business situation; closely related in all significant respects to the challenges the brand team face. Nothing disengages a brand team more than leaders’ war stories that have little connection to the challenge facing them. Secondly, coaching must be specific; making detailed and unambiguous points that that the brand team does not have to interpret or infer from. Vague, general platitudes are of little use to a brand team facing competitive challenges. Finally, coaching must be constructive; resulting in positive new ways to tackle issues. Negative, destructive remarks merely serve to destroy the brand team’s morale.

That coaching works only when it is relevant, specific, and constructive is not a huge insight. What is perhaps surprising is how few leaders manage to coach their brand teams in this way. Since these senior executives are neither stupid nor lazy, it suggests that there are some intractable, problematic barriers that hinder them.

Three challenging barriers to effective strategy coaching are present in every organisation and all three must be overcome if leaders are to help, rather than hinder their brand teams. The first is the tacit nature of leaders’ knowledge; like riding a bicycle, they know very well how to make strategy but their knowledge is unconscious and unstructured. Unless it can somehow be made explicit, it is very difficult to transfer that expertise to younger heads. The second is a language issue; in a business environment, words like strategy, segment, value and positioning are often thrown around without precise and agreed meanings. If the words leaders use are ambiguous, their meaning is often misconstrued, deliberately or otherwise. The third barrier is imperfect knowledge; even the most knowledgeable leader cannot be current and fully versed on the detail of every market. And small imperfections in leaders’ knowledge can lead to fundamental misunderstandings and also to loss of credibility with the brand team.

Again, it should come as no surprise that leaders’ knowledge is imperfect, that semantic ambiguity hinders communication and that hard-won experience creates tacit knowledge that is hard to convey clearly. Every leader struggles with these issues. The question is how can they be overcome in a systematic, reproducible way.

The Three Habits of Strategy Coaching

When one observes senior leaders coaching brand teams in a relevant, specific and, constructive and, therefore, effective manner, it is not that they do not face the issues of tacit, imperfect knowledge and ambiguous language. Instead, it is that they have developed three habits to overcome these barriers. These three, sequential habits are the result of many years of practice, success and failure are described below and are summarised in figure 1. 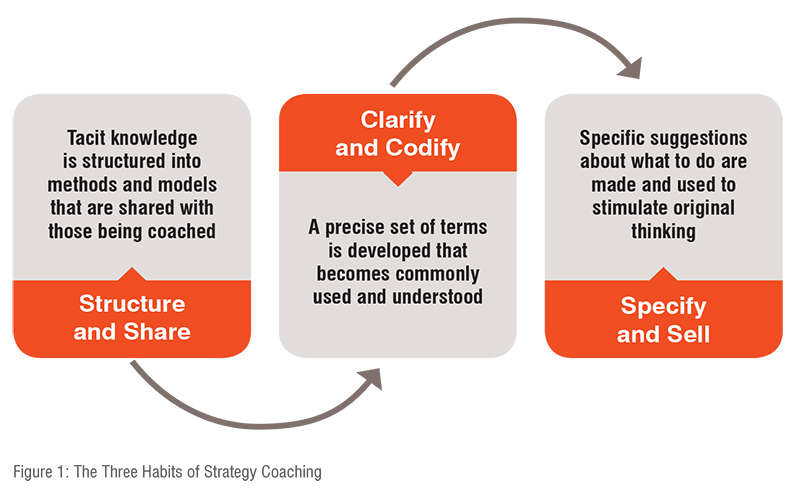 Effective leaders have the habit of reflecting on their tacit knowledge and turning it into an explicit model or method that can be suggested to the brand team. For example, one leader I observed had listened to the brand team  describe their target audiences in terms of job roles, in this case consultant cardiologists. Reflecting on her own past successes and failures, she suggested that a good model for segmentation involved not only the prescriber but the situation. She talked about segmenting the context, rather than the person, as a better way of understanding the heterogeneity of the market (2). This process of first structuring and then sharing her tacit knowledge moved what she knew from being intangible and uncommunicable to being tangible and intelligible.

Effective leaders have a habit of eliminating semantic ambiguity by clarifying exactly what they mean, especially if what they say is open to misinterpretation For example, I worked with one leader whose habit was to listen carefully and then home in the words or terms he thought especially in need of disambiguation. In one case, it was the word “positioning”, which had been used many times in the discussion but never defined. Observing that everyone in the room was using the word loosely, he suggested that everyone agreed on a definition that was much tighter: positioning is the design of the offer and activity around the needs of the target segment (3). Until that moment, most people in the room had used “positioning” in the much narrower sense of “customer perception”. This process of first clarifying and then codifying the meaning of key words made the strategy discussion much more focused and allowed the team to resolve key issues.

Effective leaders have a habit of moving the strategic discussion forward by proposing very specific suggestions not as instructions but as prototype ideas that are meant to be challenged, improved and built upon. For example, in one difficult decision about targeting limited resources, I watched as a leader suggested an alternative approach. Rather than a binary target/don’t target decision, he proposed one of four levels of resource allocation for each segment. He proposed the idea as one to challenge and, as he intended, the discussion revealed reasons why segments varied in their attractiveness and the firm’s ability to win them. A sophisticated, non-binary approach emerged. The process of specifying and selling had brought out new ideas and replaced a traditional targeting approach with a much subtler and more sustainable one.

These three habits, although often unconscious, allow leaders to share their wisdom with the brand teams. It does much more than simply instruct them; it raises the brand teams’ capabilities. This three-habit approach has its academic foundations in Nonaka’s learning spiral model, which reminds us that the three habits form a continuous loop; they only work if performed together.

Applying the Three Habits in Practice

The three habits of strategy coaching are not conceptually difficult to understand. Nor is it hard to see that they must be applied together for best effect. However, even leaders that do sometimes fail in guiding and developing their brand teams. That is because, like any idea one wishes to apply in practice, the devil is in the detail. In this case, the detail of how a brand strategy is built.

The Three Habits and the Strategy Loop

Strong brand strategy processes are iterative loops. As shown in figure 2 (developed from the work of Professor Malcolm McDonald), there are five essential steps in making and executing brand strategy. A weakness at any of these stages weakens the whole brand strategy, so it is important that the leader applies the three habits to every sequential stage.

For example, at“Understand the market” stage the most effective coaching often involves structuring and sharing experience of what knowledge leads to competitive advantage and which is merely necessary for operations. This may lead to a clarified and codified definition of the term market insight and this, in turn, may lead to specifying and selling prototype market research methods. Discussion of those suggestions leads to better market understanding. 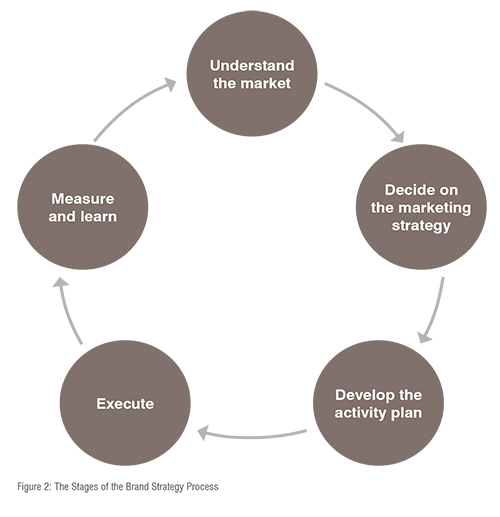 Often, the most valuable coaching of brand teams comes at the point where marketing strategy is decided. Here, experienced leaders might structure and share their experience of what choices are strategic (e.g., which customers, with what offers) and which are tactical. This would enable the team to clarify and codify exactly what they mean when they talk of strategy, tactics and objectives, so removing ambiguity. Finally, that terminology can be used when specifying and selling prototype marketing strategies, the healthy debate of which is essential to a strong final choice.

In the same way, effective coaching at the ‘Measure and learn’ stage typically involves structuring and sharing experience about the value and limitations of different kinds of metrics. This may lead to a clarified and codified definition of different kinds of metrics (e.g. lead, lag and learning metrics) and to specifying and selling a dashboard that includes all three types of metrics. Constructive challenge of this prototype dashboard is likely to lead to better measurement and learning, which feeds into the next planning cycle.

Every brand team benefits from relevant, specific and constructive coaching by their more experienced leaders, but there are formidable barriers in the shape of tacit and imperfect knowledge and ambiguous language. This explains why, although we know what effective coaching looks like, it is remarkably rare in practice.

We can learn how to overcome these barriers from those leaders who have learned to coach brand teams well. If we look carefully, we can see that they have developed three habits, which may be unconscious to them but which this article makes explicit. We can also see that applying one or two habits is insufficient: all three are needed. Finally, we can see that three habits work when they are applied at every stage of the brand planning process. As Aristotle said, excellence is not an act, it is a habit.

References
1. Leadership in the Life Sciences: Ten Lessons from the C-Suite of Pharmaceutical and Medical Technology. Available from Amazon and other bookshops.
2. For my article about this approach to segmentation, “Superior Segmentation”, please contact the author.
3. For my article about the definition of terms in strategy, “Mind Your Language”, please contact the author. 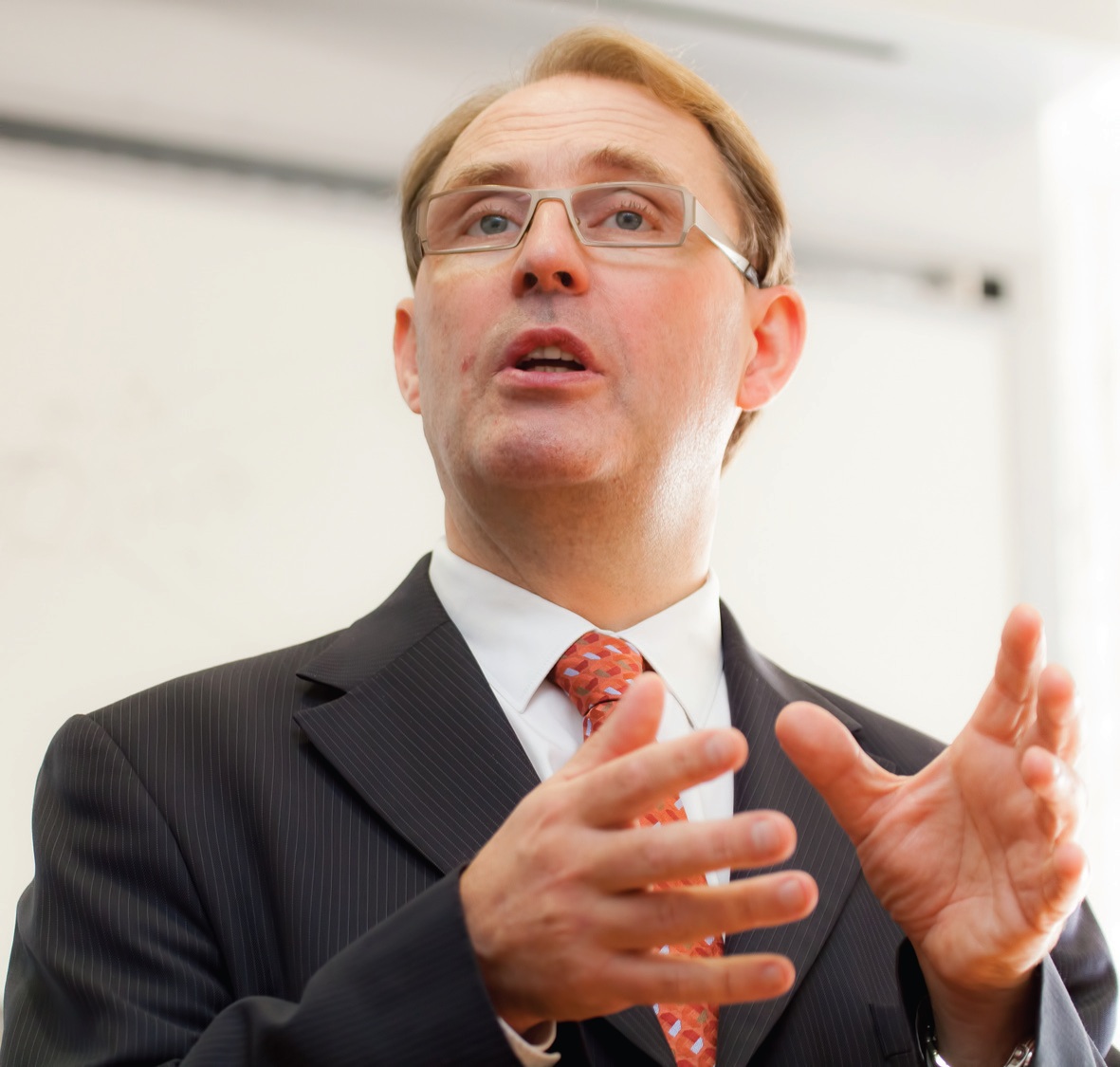 Brian D Smith is a world-recognised authority on the evolution of the life sciences industry. He welcomes comments and questions at brian.smith@pragmedic.com